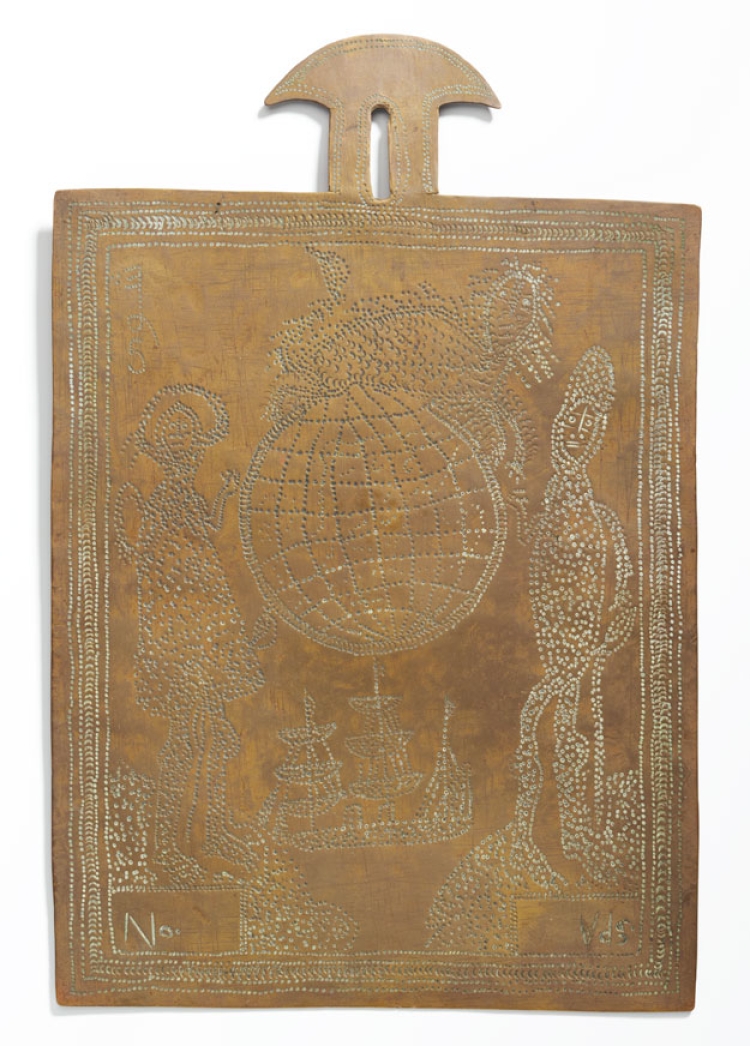 Folk Art implies a certain familiarity with a cultural heritage; it is based on respect for customs and traditions. During his first explorations, Jean Dubuffet took an interest in such sorts of creations, collecting mainly wood or stone sculptures. Several of these are unsigned, thus remaining productions by unknown creators. Dubuffet also collected a variety of other information, including various facts about votive offerings, toys or even different varieties of tattoos. He paid visit to several ethnographic museums including, in 1945, the one in Geneva, where he discovered carnival masks from the Lötschental region. Later, he would give up searching for folk art, placing emphasis instead on creations in a more determinedly self-taught and singular vein: to his mind, these were more emblematic of individual expressivity than shared traditions.
On November 29, 1945, Jean Dubuffet visited the National Museum of Folk Art and Traditions in Paris. Among several objects capturing his attention—including some small stone statuettes, or engraved horns used by the shepherds of Camargue for transporting oil—he discovered a few pieces by Xavier Parguey. A museum project leader by the name of René Perrot had brought back several pieces by Parguey and was willing to lend some of those in his possession to Dubuffet, most especially for the René Drouin Gallery show in 1949.