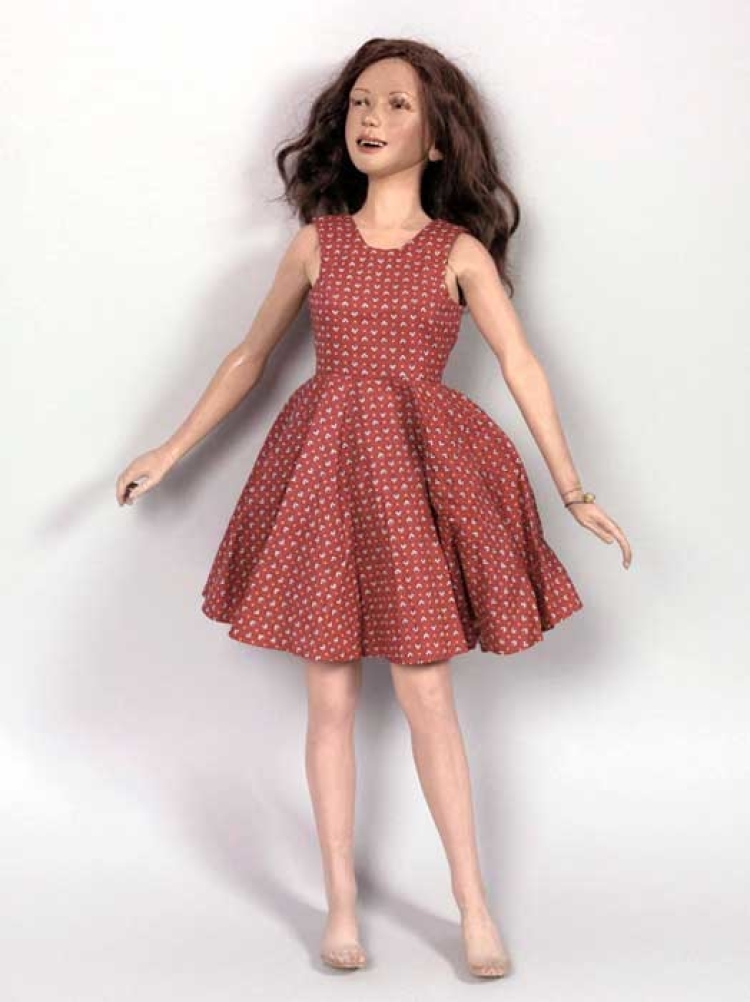 Morton Bartlett, orphaned at the age of eight, was adopted by a wealthy couple from Massachusetts. After graduating from Philipps Exeter Academy in Boston, he began studying at Harvard University (1929-1930), but left to earn a living as a freelance photographer. Unfortunately the image-development products affected his health, forcing him to give up that profession. He went on to work at several jobs (manager of a gas station, furniture sales representative), and enlisted in the American army during World War II. After the war, he founded "Morton Bartlett and Associates," a graphic design and printing agency. Although remaining a bachelor, he did integrate socially.

In 1936, and in parallel with his professional activities, Morton Bartlett began fashioning dolls. An article about his creations appeared in Yankee Magazine in 1962, thanks to his neighbor Kahlil Gibran (1922-2008)—a nephew of the author of The Prophet. Having befriended Bartlett, Gibran sought recognition for his friend's creations.  In 1965, the appearance of this single article published during his lifetime, kindling as it did the interest of other reporters, drove Bartlett to dismember his sculptures, wrap them in newspaper and pack them into custom-made boxes. He stored these boxes, containing fifteen dolls and their accessories, as well as photos and drawings, in a locked closet of his house, where they would only be discovered subsequent to his death.