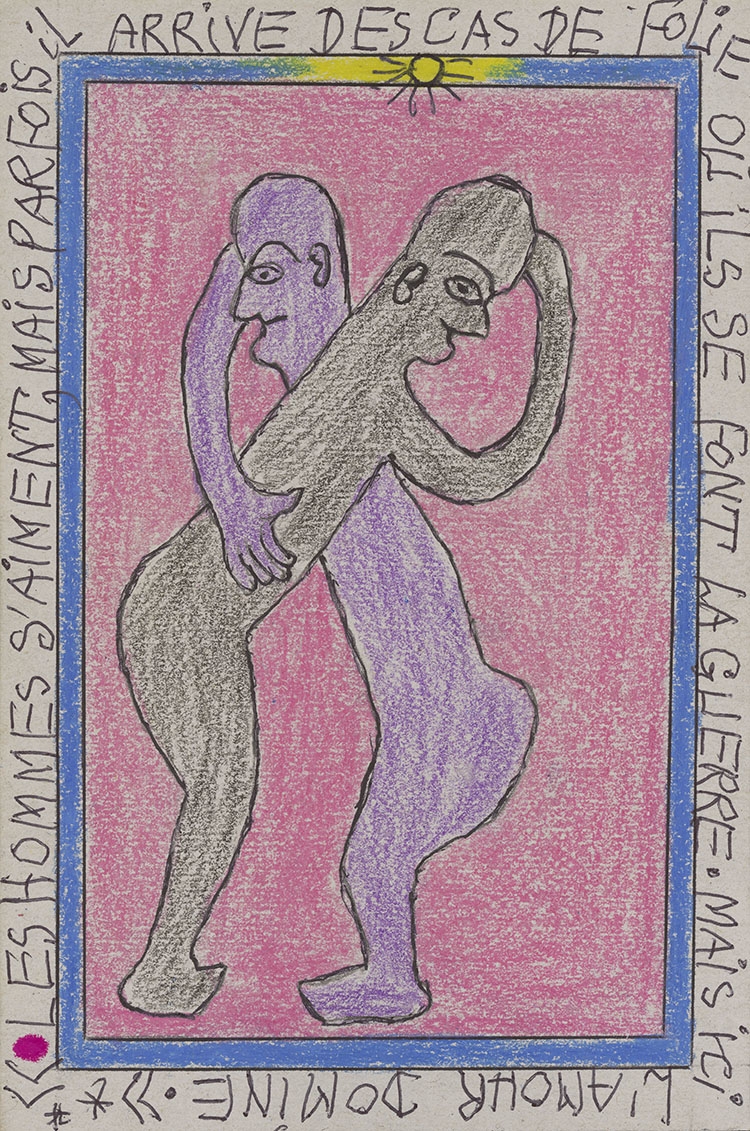 Born in Zéprégüé, Côte d'Ivoire, Frédéric Bruly Bouabré (1923–2014) belonged to the Bété people, comprising several ethnic groups in the central-western part of the country. Educated for nine years in French colonial schools, he was called up as a sailor in the French West African Navy and landed in Dakar in 1941. At the end of the Second World War he stayed on in Senegal, where he worked as a clerk until 1957. Returning to his home country, he worked as a civil servant before taking up a post in the museum in Abidjan.

On his way to work on 11 March 1948 Bouabré had a vision: henceforth his encyclopaedic mission was to note down and pass on all the knowledge granted him. He began drawing all the signs around him, which he saw as revealers of knowledge. He worked on small pieces of salvaged cardboard, drawing shapes with a black or blue ballpoint, then colouring them in with pencil. Each drawing is framed with a caption and topped with an image of the sun, in memory of the solar vision that had triggered his vocation. Bouabré denied any element of invention in his work, and referred to his drawings as "surveys".

He was also the creator of an "African" alphabet, composed of 401 monosyllabic pictograms. This unique, "universal" alphabet made up an inventory of sounds that could be used to transcribe all of the world's languages.