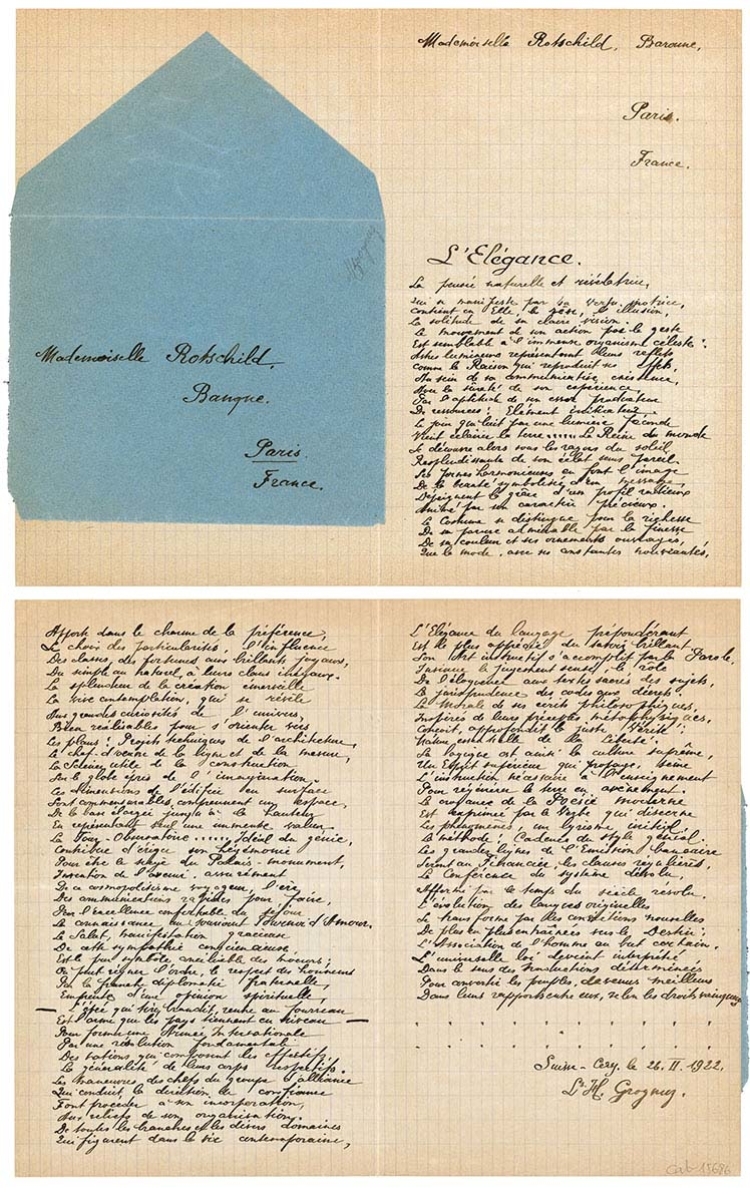 There is almost no information on Louis-Henri G. (1875–1952). He was treated at Cery hospital in 1913, but only left when he was transferred to the La Rosière hospital for elderly patients a year before his death. Dr Hans Steck discovered and kept his writings, donating them to the Collection de l’Art Brut in 1976.

Louis-Henri G. wrote texts and letters addressed to Swiss political authorities, the Great Council of the Canton of Vaud, the Federal Assembly, and various historical figures, such as Princess Mary de Lancaster, a fourteenth-century English baroness.

His writings exhibited many of the conventions of formal correspondence; he addressed a clearly named recipient, and signed the letters. Others took on the structure and content of a play, with a story consisting of different acts and a narrative structure. These two forms would sometimes overlap, and Louis- Henri G. would send these texts to the Great Council. In several works, he narrated in great detail a movie screening accompanied by a gramophone, both nineteenth-century inventions and more widely available from 1920 onwards in Switzerland in the case of movie theatres. He also wrote invitations to political bodies in Vaud to invite them to lectures he intended to give on various topics.