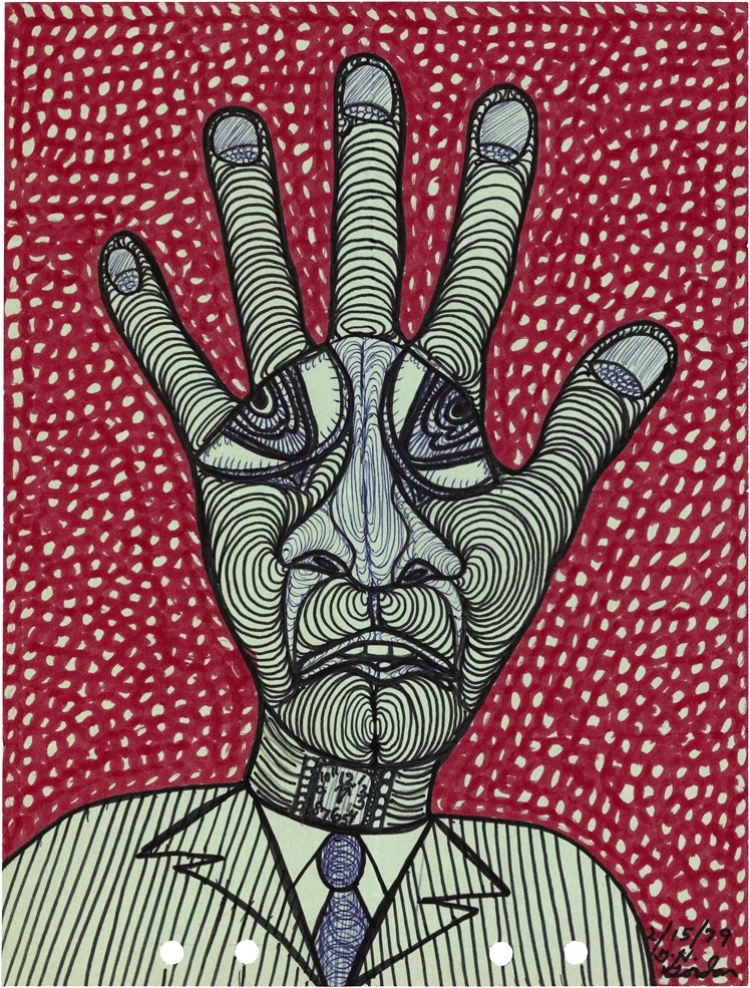 Harold Theodore Gordon (b. 1924), known as Ted Gordon, was born in Louisville, Kentucky, USA, as the eldest son in a Jewish family. Abandoned by his mother, who seems not to have been able to look after her child, he was brought up by his paternal grandparents, although his brothers and sisters continued to live with their parents on the ground floor of the family home. Following the death of his father in 1939, Gordon moved with his grandparents to Brooklyn, New York, where he began his university studies. However, he dropped out and took a series of temporary jobs while at the same time beginning to draw - first on a restaurant's napkins, then on pieces of cardboard at home. In 1951 he moved to San Francisco, married, and took up his studies again, which he completed in 1958. He then took an administrative job in the city council, which he held for twenty-five years.

Avoiding all social relations and keeping contact with the outside world to a minimum, Gordon pursued his creative ambitions, which he called "image-making", discretely. His compositions are characterised by a compulsive need to fill in his figures with ballpoint pen, felt-tip pen, and coloured pencil. From 1967 his drawings began increasingly to take the human form and, later, made faces their subject. These are all in fact self-portraits, in which he explores every aspect of facial expression.