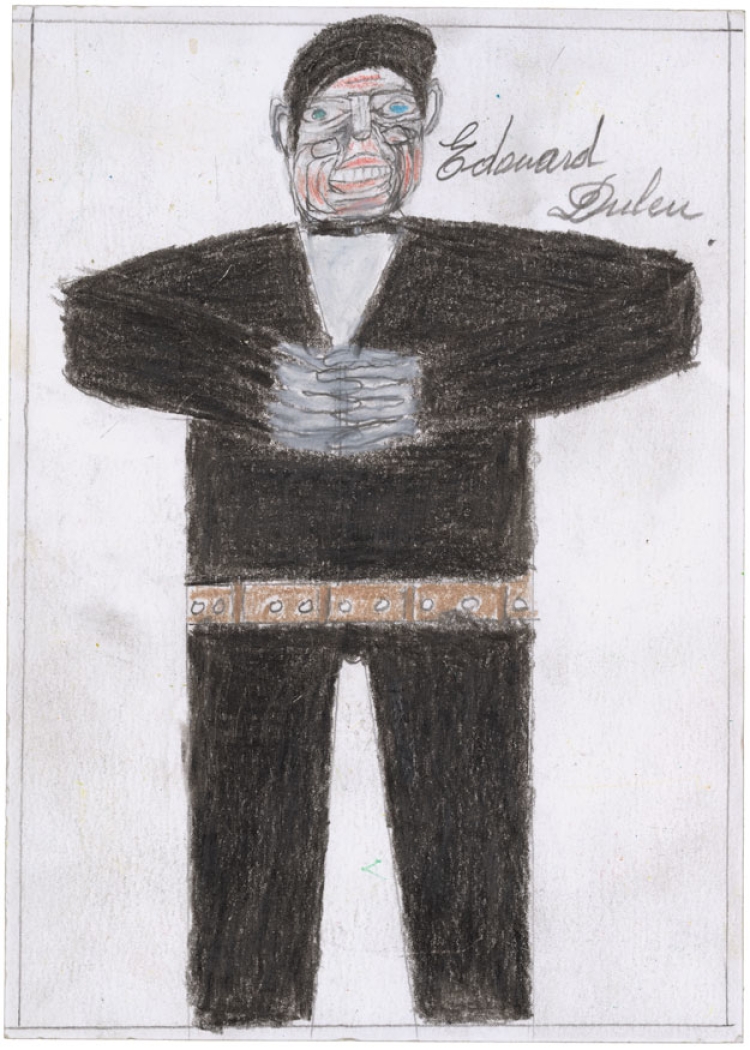 As a child, Oscar Haus got along badly with his parents, suffering from the violence his father inflicted on his mother, with whom he was particularly close. After primary school he found a first job in a glass studio. However, his unusually unruly behavior caused him to be transferred from one specialized institution to the next. Since 1974, he has been living in the Centre de la Pommeraie, at Elliginies-Sainte-Anne in Belgium, and working in several sheltered workshops. Upon his retirement, he began attending the institution’s arts workshop.
Oscar Haus draws in colored pencil, using a technique all of his own to create very intense color patches. In the main, he depicts famous accordionists: he himself has been an enthusiastic player of this instrument since childhood. He continues to live at La Pommeraie and still enjoys creating, although at a more leisurely pace.