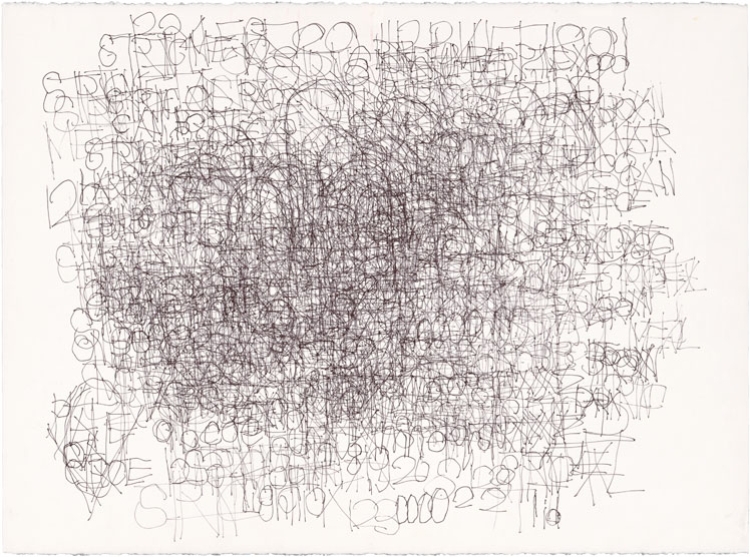 Born in Castro Valley, California (USA), Daniel Miller, known as Dan Miller (1961), grew up in difficult family surroundings. He himself was a person with autism and epilepsy, and his elementary schooling formed part of a special education program. He went on to attend a center for expression in his native city for several years, followed by the Creative Growth Art Center in Oakland in 1992.

He is the creator of an amazing body of graphic works combining writings and figurative elements. His enthusiasm for certain objects and topics — mainly food and light bulbs — has led to the obsessional inclusion in his works of words to do with those topics. He overlays words and numbers to the point of turning these into highly intense, abstract checkered structures. He most favors strokes and lines, making the letters almost disappear into the saturated texture of his drawings. Working in a trance-like mode, he carries out his repetitive movements in seemingly imperturbable fashion.