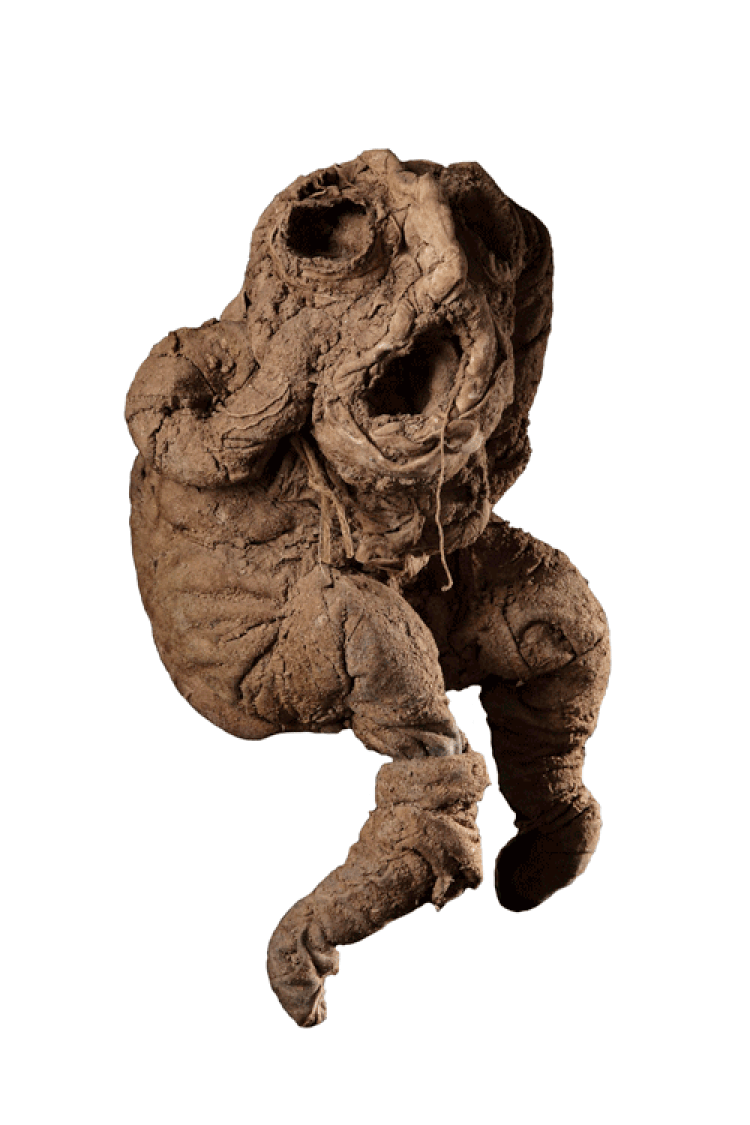 Belonging to a Jewish family faithful to both the Aschkenazi and Sephardic traditions, Michel Nedjar (1947) was born in Soisy-sous-Monmorency (France). His father, hailing from Algeria, was a tailor; his mother, from Poland, settled in Paris in around 1923, to flee the pogroms. Much of his family disappeared in the concentration camps. As a child, Michel Nedjar loved playing with his sisters' dolls; he also greatly fancied fabrics. At fourteen, he was placed in a clothes shop as an apprentice. A few years later, he set out on travels to India, several Asian countries and Mexico, where he first encountered traditional magic rites and spell-casting dolls.

Upon returning to Paris, Michel Nedjar made his first fetish-dolls, availing himself of various fabric pieces, rags and plastic bags, and adding to these all sorts of feathers, pieces of wood, straw, string and seashells — dipped in dye baths, soil and blood. Later, he designed several doll series: the Purim (Jewish holiday) dolls and the soaked leather dolls (according to his personal technique joining stitches and collage). Since 1980, he has also been doing wax and paint drawings on salvaged supports (old dyed rags, newspapers, Kraft paper, cardboard packaging), together with bas-reliefs in plaster or papier-mâché. Burned corpses and mutilated bodies are the main themes of his production. Michel Nedjar presently lives in Paris, where he continues to work at his creations.