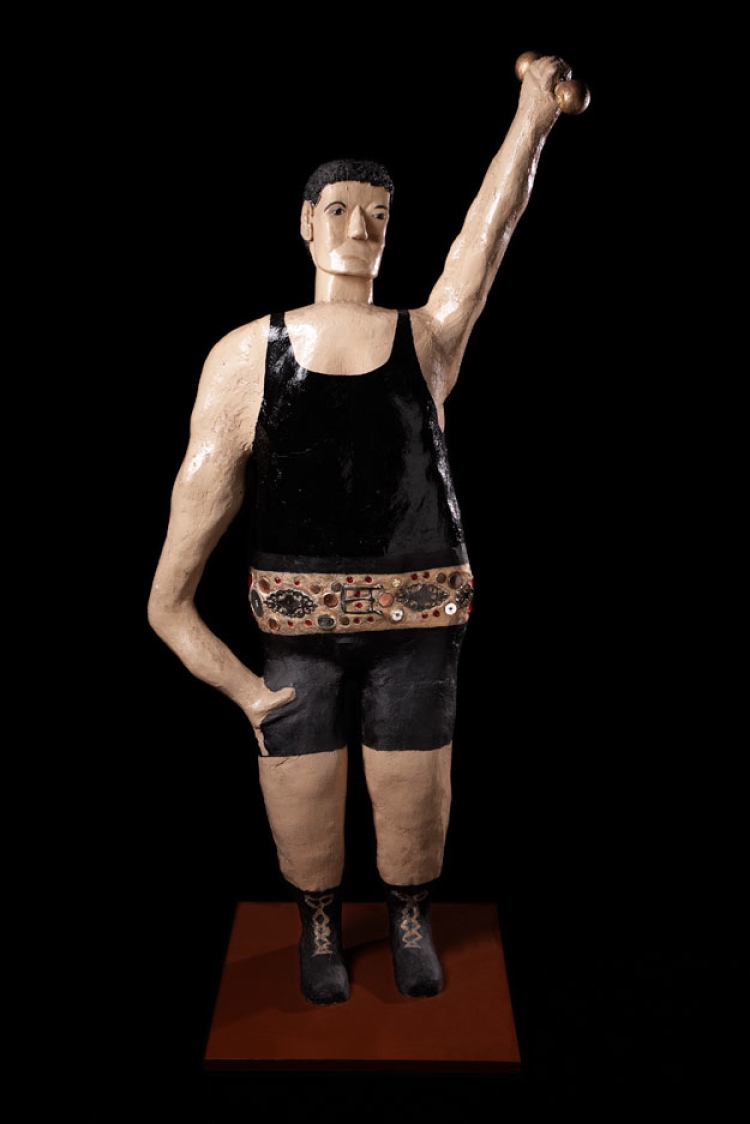 Roger Ouellet and his wife lived in totally self-sufficient fashion on a small farm in the Charlevoix region. Roger Ouellet, who first worked variously as a lumberjack, a construction worker and a trapper, went on to build a large restaurant and to buy a modest itinerant shop. Unfortunately, he went bankrupt and lost his restaurant in a fire. Nonetheless overcoming the financial losses entailed, he managed to build a new house, where he took to collecting all kinds of objects—mainly old -fashioned farm tools and animal traps.
These he set on display in an adjoining barn converted into a sort of bizarre museum. In addition, Roger Ouellet took to sculpting well known figures and animals. These came to inhabit several rooms of his house, his garden, and a nearby hill: imposing, highly colored sculptures personifying members of his family and various key Quebec figures, including Victor Delamarre, the famous early 20th-century weight lifter.