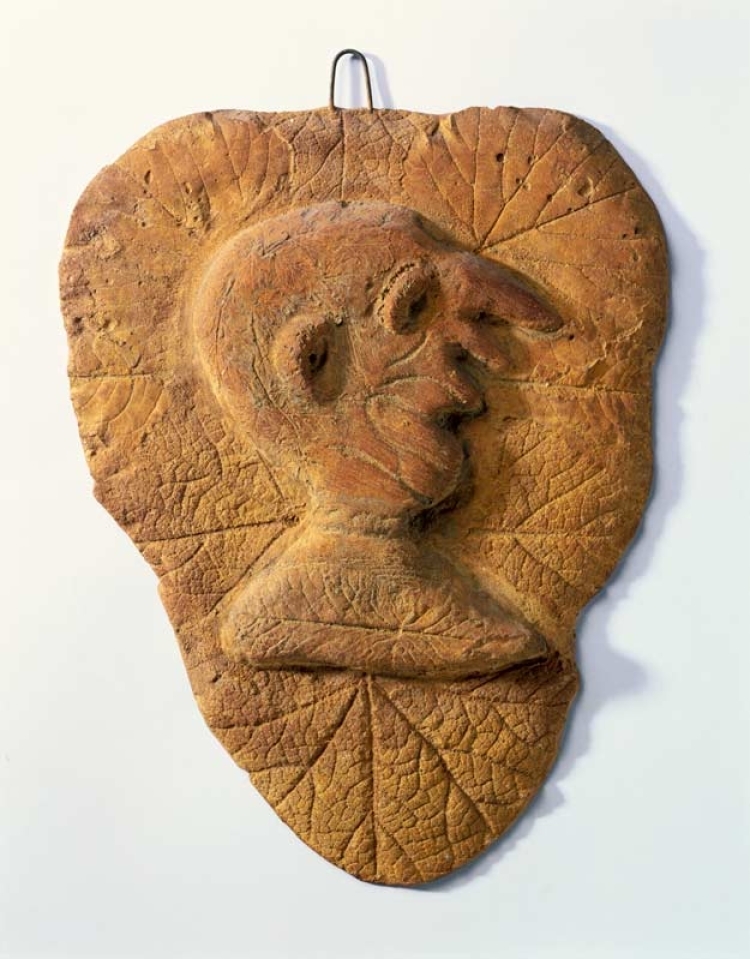 Henri Salingardes (1872-1947) was born in Villefranche-de-Rouergue, in the Aveyron region of France, where his parents had a small restaurant. After finishing his compulsory schooling, the young man worked as a hairdresser in his city of birth. He then worked in Paris for a few years, before settling in southern France's Tarn region, in Cordes-sur-Ciel. Curious and quick-witted, he became friendly with various antique dealers to the point of buying and reselling old objects himself during his leisure time. In 1922, he acquired a small inn in the village, which he managed in parallel with his antique trade. He became greatly enthused with handsome furniture and unusual pieces, decorating his own establishment with his various finds.

At the age of about sixty-four, once his two children had taken over his business, Henri Salingardes began crafting small cement medallions, on which he depicted birds, figures and anthropomorphic beings. The medallions' relief-molded central motif is often framed by the imprint of a leaf. The next step was to color the cement using variously hued ocher powders, and then to enhance the piece by adding glass, paint or fur. Once completed, his works went on display on the walls of his inn. Henri Salingardes enjoyed working in solitary fashion in one of his inn's small gardens. He pursued this creative project for seven years, from 1936 to 1943. Thereafter, having lost one of his legs in a train accident, he ceased all of his activities.