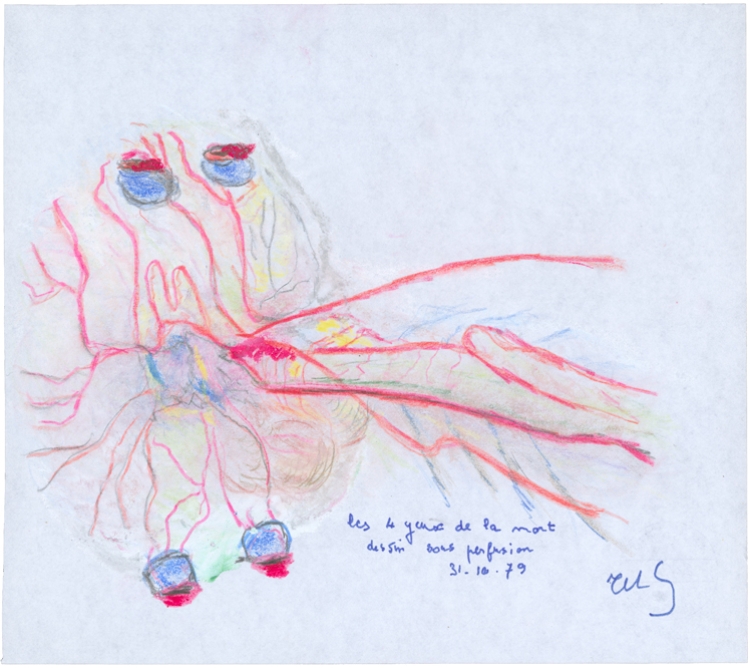 Known for her novels, Emma Santos (1943-1983), whose real name was Marie-Annick Legoff, was born in Paris. As a youngster, she endured a serious car accident thet left her with physical disabilities ans a fascination with death. At the young age of sixteen she had a love affair with a painter older than her, who ended up leaving her for another woman. Their breakup made a lasting impression on her. After studies in the realm of child psychology, which she broke off, Santos published more than ten literary works and stage plays. Working with the stage director Claude Régy, in 1976 she staged several of her texts, playing in them herself at a theatre in Paris.

Until her premature death in 1983, she continued her literary and graphic creations, as her central themes, abandonement, death, madness, and a desire for maternity. For instance, many of her works feature embryos at various stages of development. She created her drawings using coloured pencils, crayons, and even eye shadow, and she also made collage works.