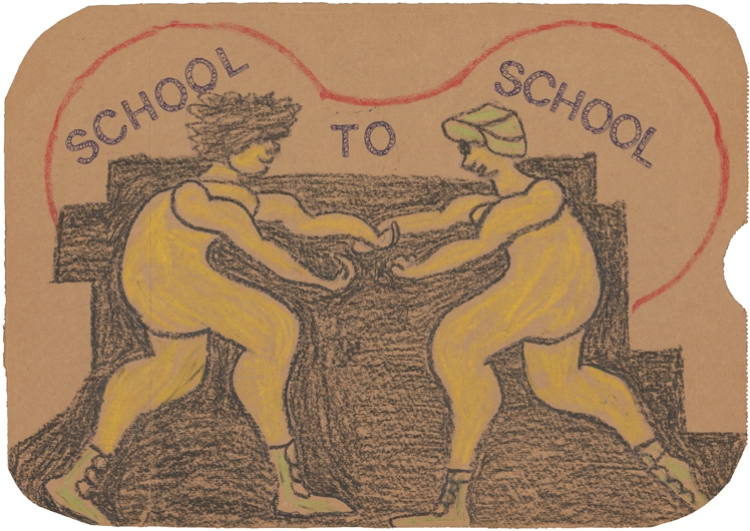 Born in the state of Ohio, in the United States, Lewis Smith (1907-1998) began to draw in 1920. Thanks to his father's job as an employee of a railway company, he had a pass that enabled him to travel for free by train. He was thus able to roam all over the country while nourishing his passion for drawing. His works depict events witnessed during his wanderings and reveal a particular interest in muscular, athletic female bodies, which Smith exhibits in poses based on the sporting events he watched.

His preferred medium was graphite pencil and coloured pencil on any material he could find, such as paper bags and biscuit boxes. He followed current affairs with a passion, collecting newspapers and all sorts of bric-a-brac, especially documents and photographs associated with the American railroad.