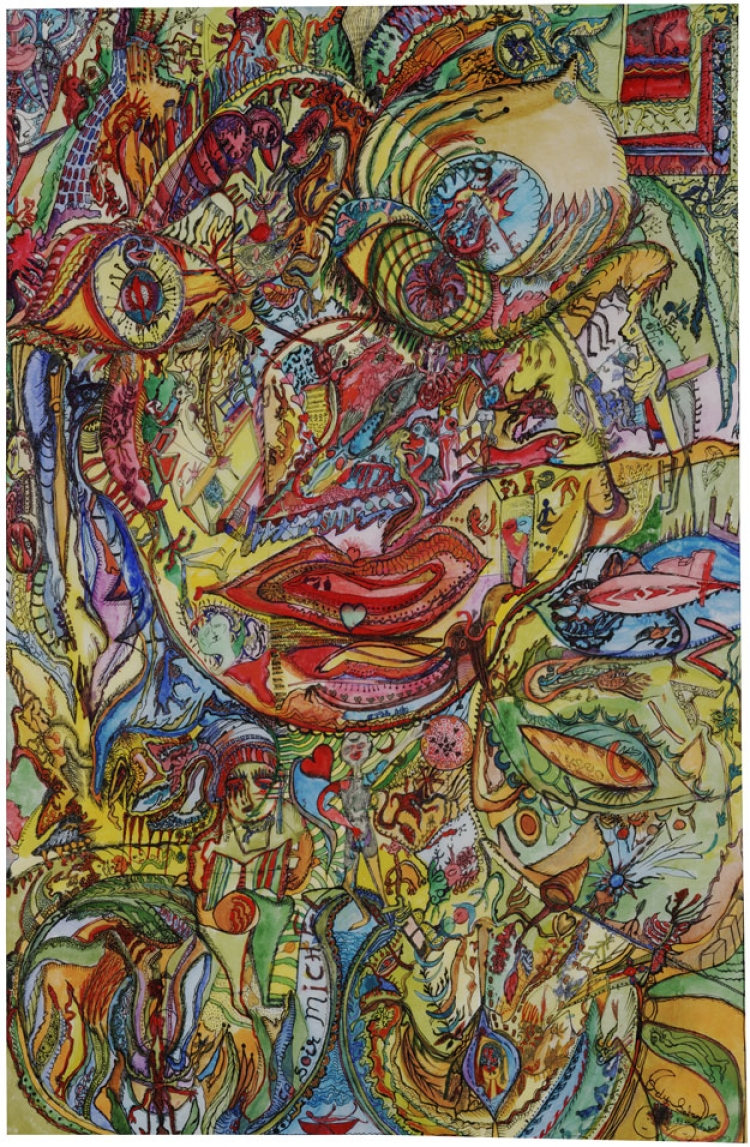 Ody Saban was born in Instanbul in 1953, within a Jewish Sephardic family. She attended a Catholic school until the age of sixteen, following courses given by French and Italian nuns. Her parents divorced while she was still a child; a few years thereafter, her father passed away. She only learned of his death quite a bit later. Meanwhile, her mother remarried, this time to a Moslem craftsman, from whom Ody Saban learned the arts of restoring miniatures, manuscript decoration, fresco painting and painting on porcelain. These arts, together with her mother's collection of traditional Turkish embroidery pieces, all left a deep mark on the young girl. In 1969, fleeing repression under the Turkish dictatorship, Ody Saban emigrated to Israel. Enrolling in the University of Haifa, she earned a degree in plastic arts in 1976. Thereupon, she left for Paris, attending the Fine Arts College there from 1977 to 1980. Later, she would return to France, but not before an extended stay in the USA, in New York, Boston, and California.

Ody Saban expresses herself artistically in many ways: these include the plastic arts — drawing, painting and sculpture — but also dance, performance, poetry and artists' books. At some point, she began drawing close to the Surrealist movement led by Vincent Bounoure; later she met several figures from the realms of Art Brut and Outsider Art — the likes of the author Michel Nedjar, or the founder of the Musée de la Création Franche, Gérard Sendrey. In the early 1980s, Ody Saban began corresponding with the Collection de l'Art Brut's first director, Michel Thévoz and, soon thereafter, with other people on the museum team. Most of Saban's works at the Collection de l'Art Brut are in Indian ink and watercolor: her compositions, which are dense and disparate, give pride of place to depictions of the body and its erotic power.