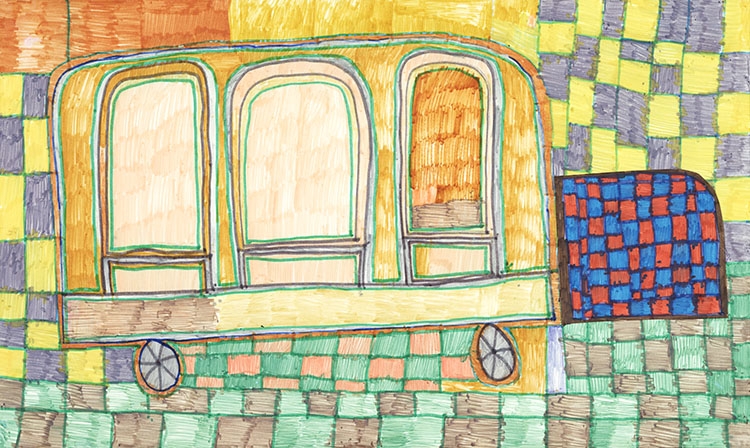 Dominique Bertoliatti (1953–2007) was born in Paris, in France, the eldest of three children. He had Down's syndrome and was sent to a special school when he was ten. From 1973 he went to the vocational rehabilitation centre of the Fine Arts school in Paris, where he began to paint, with the help of an artist at the institution. Loved and supported by his family, who described him as a cheerful, sociable, affectionate boy, he learned to read and write and manage on his own.

Devastated by his father's death in 1991, Dominique Bertoliatti was put into foster care in 1993, (EDPA, an independent public institution) in Le Glandier, in the Corrèze department. His keen interest in drawing was quickly spotted.

Dominique Bertoliatti worked with felt pen, gouache, or crayon, using bright or dark colours depending on his mood. He drew black lines dividing his pages into sections, which made his pictures look like stained-glass windows. Vehicles, animals, people and landscapes were some of his favourite themes.