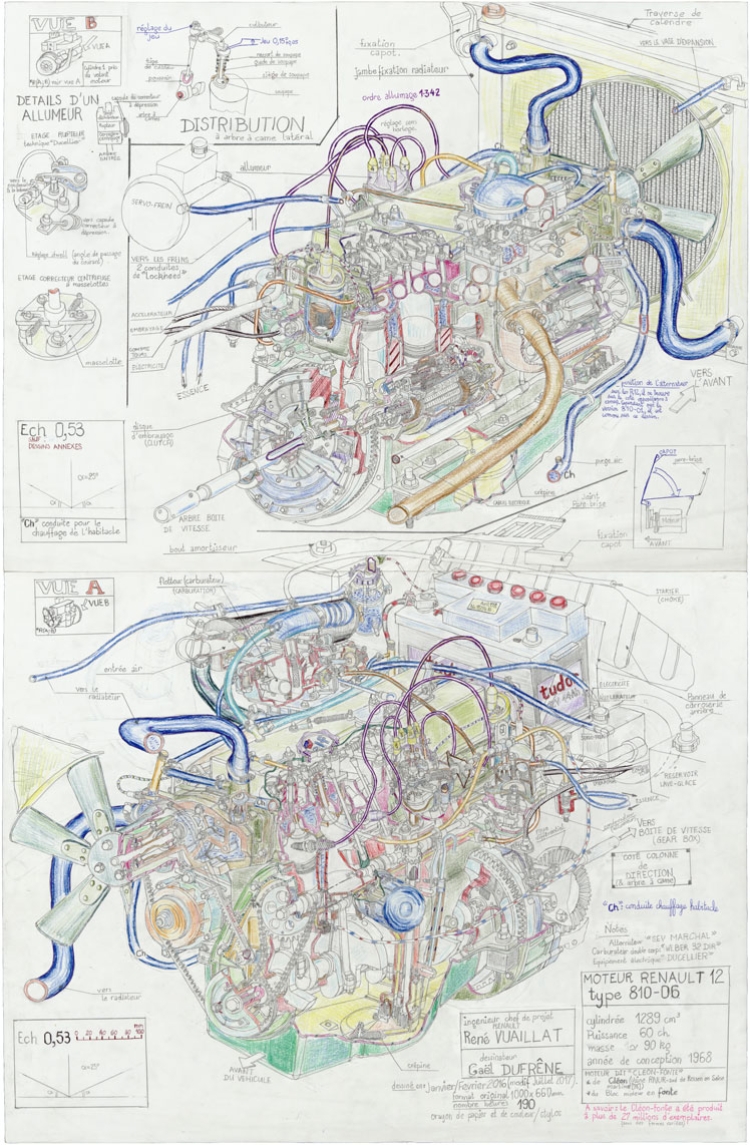 Gaël Dufrène (1971) was born in Queue-en-Brie, a village near Paris, to a family with three children (a big sister and two half-sisters from his mother's first marriage). Both his parents are teachers. The Dufrènes moved to Dinan (a small town in Brittany) in 1976. The father, a veteran of the Algerian war, became prone to violence. Gaël Dufrène's school years were difficult, what with having to repeat some classes, running away from home twice and having a hard time making friends. He attended several special needs educational facilities, including a center for young people with disabilities and an anthroposophical school. Fascinated by trains and locomotives from the age of six, he took to drawing these by the hundreds. Later he would perfect his skills at technical drawing and become interested in math. He was surprisingly apt at the latter and, in 1976, obtained a baccalaureate in Science and Industrial Technology. Four years thereafter he left home and found a job in a chocolate shop in the little town of Lanester: here he first lived in a shelter and later in a council estate.

In 2003 Gaël Dufrène was diagnosed as autistic with Asperger's syndrome, enabling him thenceforth to devote himself exclusively to his creative projects. In addition to drawing up an encyclopedia of several thousand pages on railway history, as well as a "self-care diary," he has continued to put out his drawings of locomotives and motors—all precisely delineated and abundantly captioned. The intention behind his works is "far from being there to be beautiful." Rather, he means them to spread pieces of information and to describe the technical advances that so enthuse him, and whose workings he understands with amazing clairvoyance. He produces his works using ballpoint pens and colored pencils.