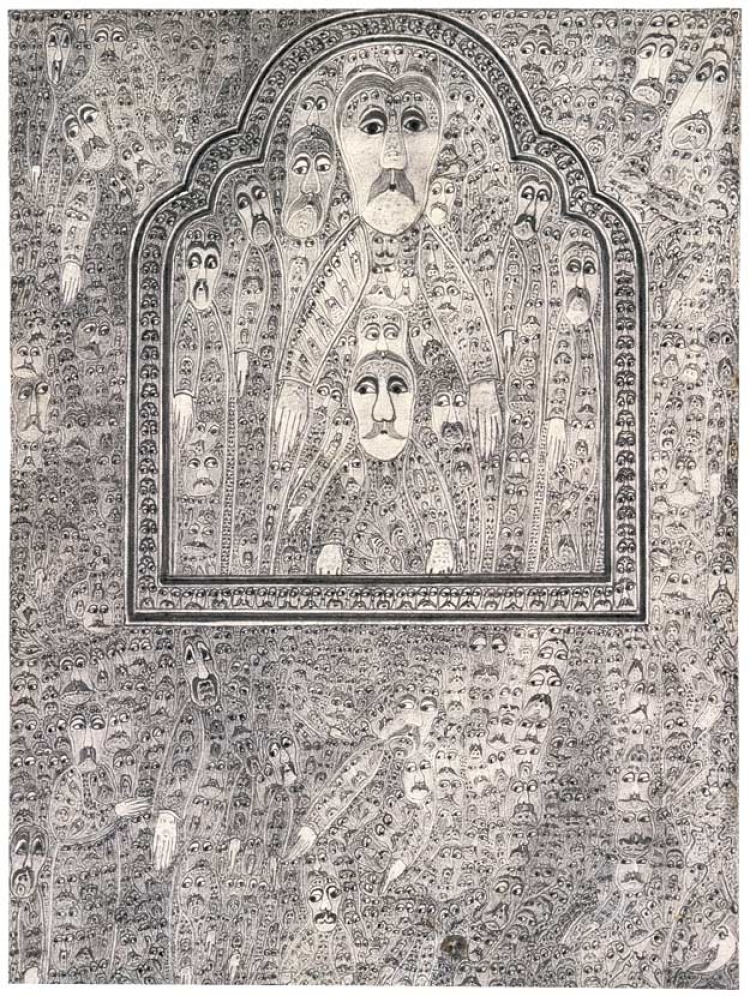 Edmund Monsiel (1897–1962) was born in Poland. He went to primary school and, several years later, had a small shop in a provincial town of which he was dispossessed in 1942 by the Germans. Afraid of being arrested, he subsequently took refuge in his brother’s loft in Wozuczyn. He hid there until the end of the war and would not leave it until he died, refusing all contact. It seems the menace of the occupying army served merely as a pretext to shut himself away. Furthermore, he suffered from autism and from auditory and visual hallucinations.

Edmund Monsiel executed some 500 drawings in lead pencil which were discovered in the loft after his death. Almost exclusively they represent Christ-like faces, drawn by means of a line which, as it develops, engenders other faces and so on ad infinitum.

Texts – mainly religious professions of faith, exhortations to piety or moralising maxims – also appear on the front or back of his compositions.