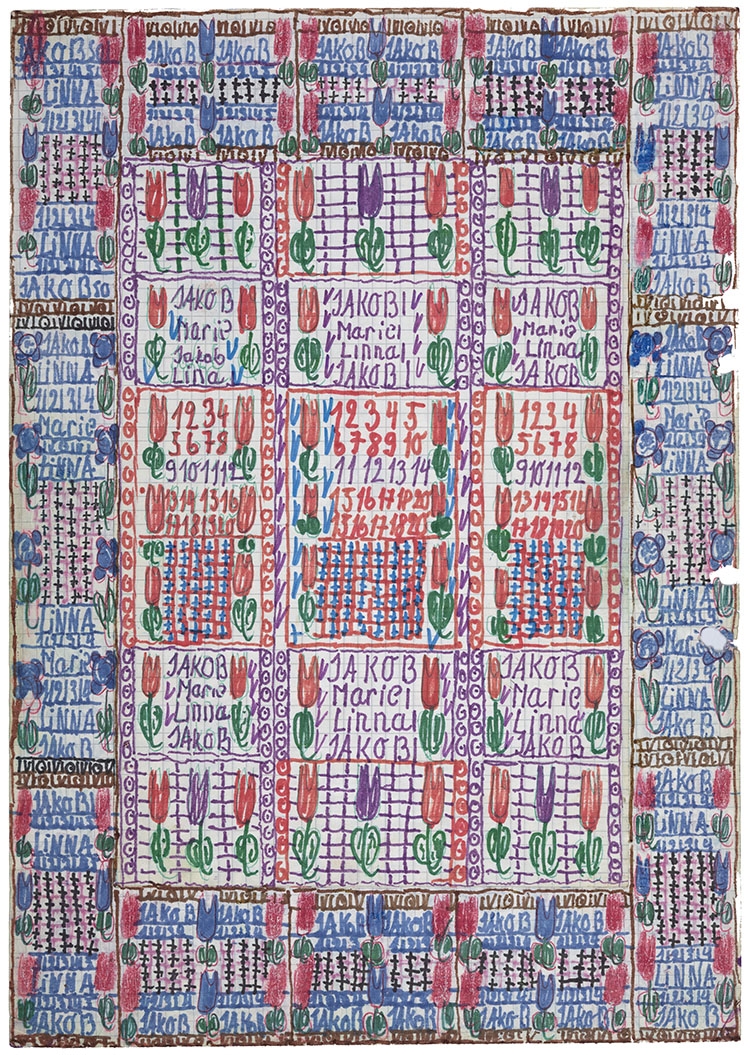 Jakob Morf (1922–2002) was born at Nürensdorf, in the canton of Zurich, Switzerland. Following the death of his parents he was placed as a farmhand with a number of farmers over a period of 45 years. However, he would have liked to be a gardener.

At the age of 60 he became a resident in an old people’s home at Rafz in the canton of Zurich. There he spontaneously started producing art. During the daytime he worked for the farm attached to the institution and in the evening devoted himself to drawing. For 13 years he produced a multitude of compositions on blocks of lined or squared paper.

Using coloured pencils, he would draw sundry motifs which he arranged side by side, in registers, following a principle of symmetry. They include flowers, vegetables, suns, musical instruments, gaming dice, but also clocks and watches showing the time he got up in the morning.