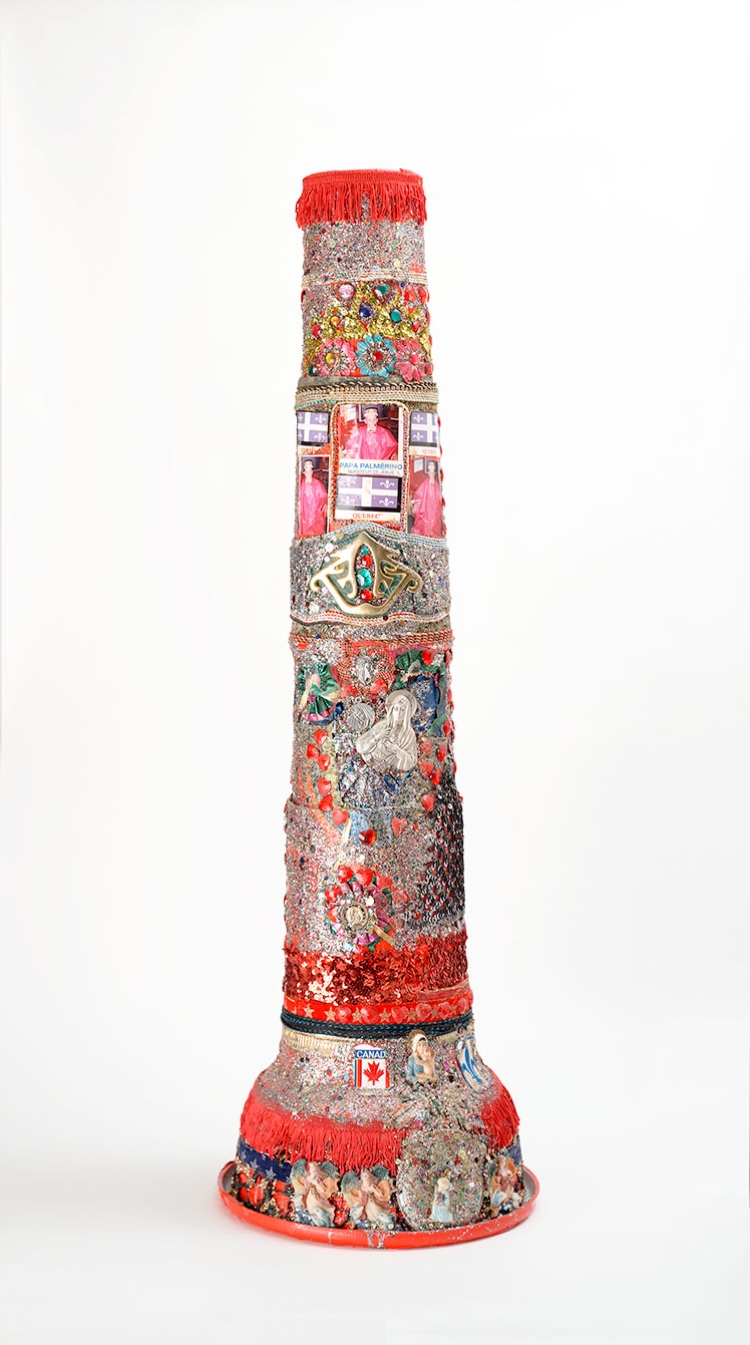 Palmerino Sorgente (1920–2005) was born in Umbria, Italy. He was mobilized during the Second World War and immigrated to Canada in 1954 with his wife and children. The couple had thirteen children in total. They first settled on an Indian reservation, before moving to a building on Notre-Dame Street in Montreal. He worked as a janitor, a cook, and a factory worker. In 1970, an accident at work forced him to take early retirement.

As he was housebound, he set up a shop selling religious artefacts on the ground floor of his home, which also served as a workshop and a place to sleep and pray. Sorgente, self-proclaimed ‘Pope Palmerino, servant of Jesus’, made rosaries decorated with coloured plastic jewels, paintings made from religious images, as well as papal tiaras and headwear, some of which were over a meter high. The hats were made from red sticky tape and fabric and decorated with sequins and beads. Several of these pieces were lent to the fashion designer Christian Lacroix for one of his fashion shows.

Sorgente also used photography to create art with him in the role of the pope. These portraits were placed on small altars all around his home. In one series of images, Sorgente acted out the fourteen stations of the Passion of Christ right up to the crucifixion. He sought to share a divine message of peace and love through his creations, and to encourage piety in those around him.

In December 2000, a fire broke out in the building where he lived and worked, burning and destroying thirty years of his work. Discharged from the hospital at eighty-two years of age, the ‘survivor’ never lost his faith and diligently resumed his work.