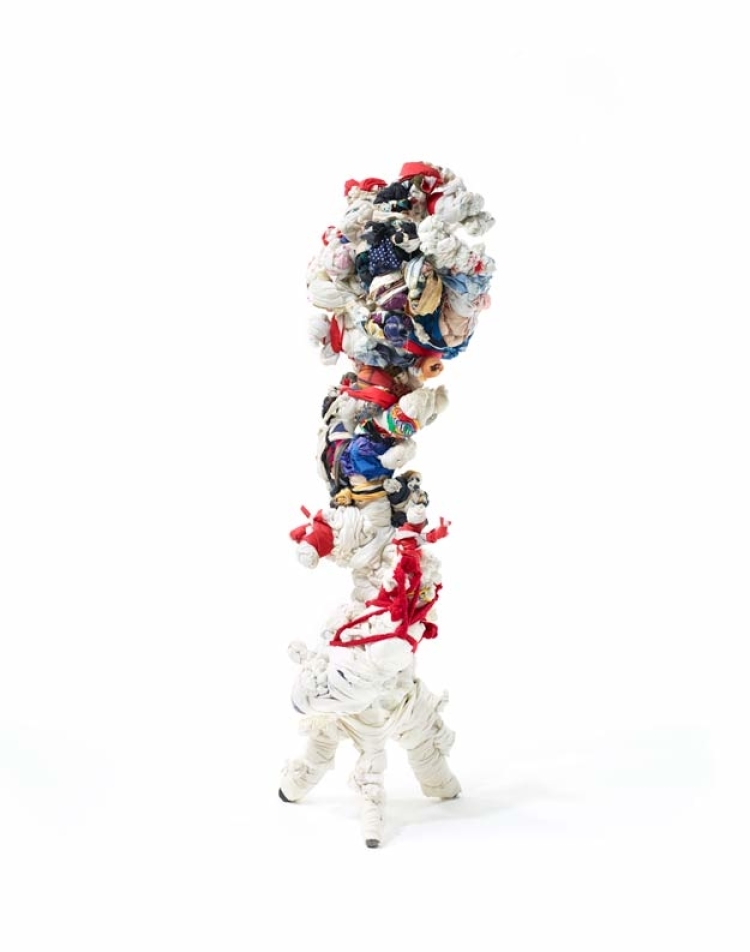 Pascal Tassini (1955), was born into a a family of three children, in Ans (Belgium). A victim of Down's Syndrome, he did not attend school. His parents hailed from Sicily—the father a miner, and the mother a worker. Upon the death of his parents, his younger brother took responsibility for him and, in 1966, had him join the Créahm day-care and workshop center in Liège. Life at the center encouraged physical and mental changes in him. Gradually, he set about creating a world of his own by resorting to a variety of mediums: painting, writing, clay modeling, assemblages, fabric pieces...

Tassini accomplished his first creations in clay: small phallic figures bereft of both members and details. He began clearing out some private space in the workshop to set up his sculptures, gradually setting up a sort of cabin or den with salvaged or filched material, tying it all together with a network of ropes reinforced with scraps of material. The resulting installation revealed his passion for working with textiles. He took to shaping small balls out of knotted cloth strips, before setting out on more monumentally dimensioned pieces or the wrapping of various objects such as chairs or stools. Marriage is a major theme in his oeuvre, inciting him to come up with several wedding attires accompanied by Baroque headpieces, as well as with mysterious and poetic love letters.