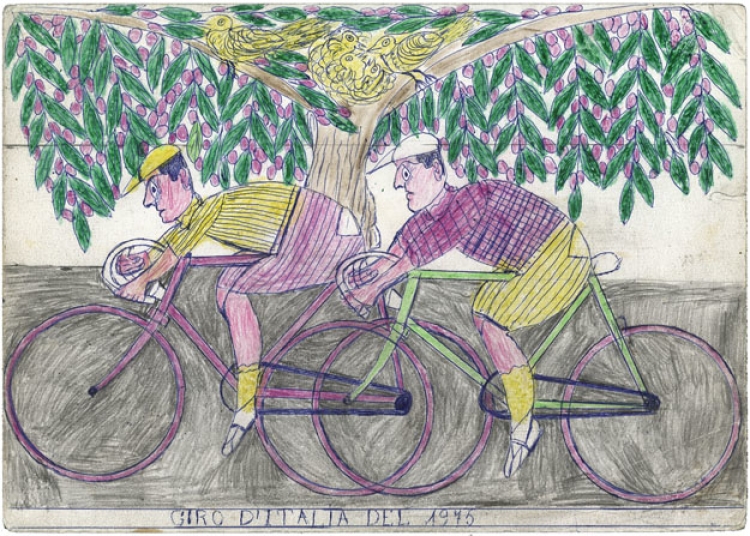 Giovanni Abrignani was born in Marsala, Sicily. He worked as a mason in many Mediterranean countries. After a respiratory disease, he was taken back to Italy and put in an old people’s home. In 1967, suffering from delusions, he was confined in the Trapani psychiatric hospital, where he stayed for the rest of his life.
When he wanted to smoke or eat more than was allowed, he would swap a drawing for a cigarette or sweets. His works were discovered by the Swiss sculptor Robert Müller, who spent a short spell in Trapani in 1975, after a psychotic episode. Müller was fascinated by the expressive directness and spatial control of Abrignani’s compositions and decided to buy all his work. In 1982 Müller donated about twenty pieces to the Art Brut Collection.
Abrignani composed his orderly drawings with a ballpoint pen, ruler and compass, and then filled them in with coloured pencil. Transport is a recurrent theme: train, car or carriage journeys, gondola rides, cyclists in the Giro d’Italia, or a bride’s car arriving at the church.