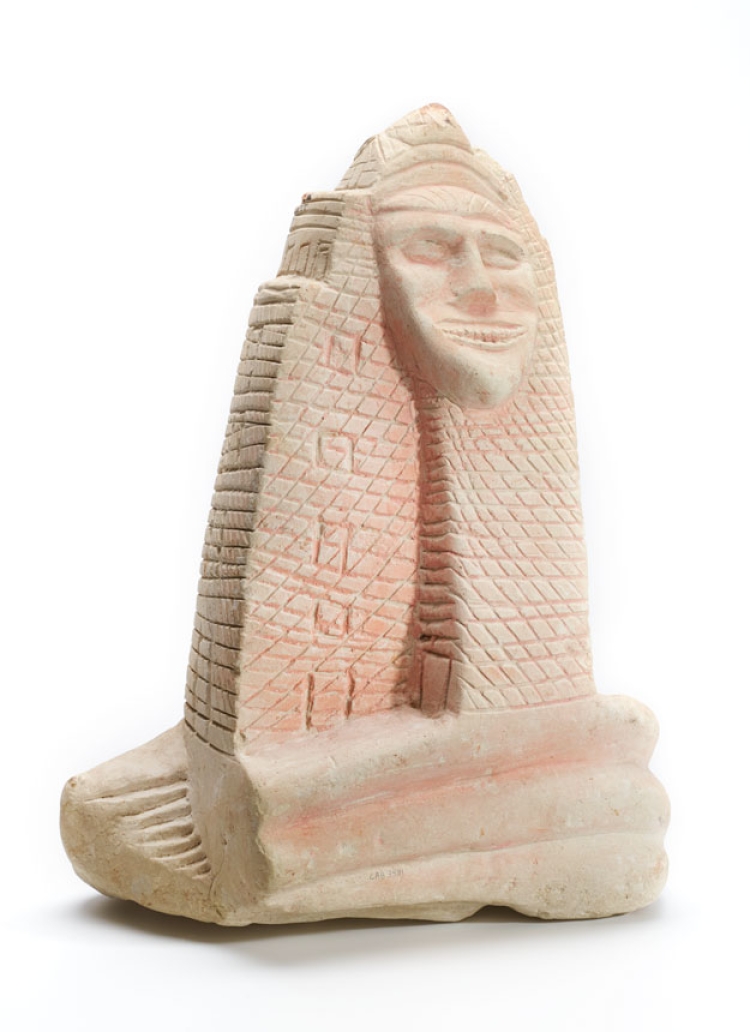 Filippo Bentivegna (1885–1967) was born in Sciacca, Sicily, the second boy in a family of six children. He did not attend school and, at the age of twelve, he left for the United States with two of his brothers.He first lived in New York; later he moved to Boston, where he worked variously as a barber or clothes designer, or else organised local dances. In 1919, when he was thirty- four, he went back to Sciacca and, for some reason, decided to live with his parents. He bought a piece of land outside the village and went there every day to carve olive tree trunks and branches, as well as rocks and pieces of limestone he dug out of the earth.
He engraved small buildings like skyscrapers, which are indistinguishable from faces or zoomorphic figures like fish. Bentivegna carved his stones on all sides, so the sculptures can be read in many ways. He was an eccentric, with a strong personality; he made his neighbours call him ‘Excellence’ and refused outright to sell his works.