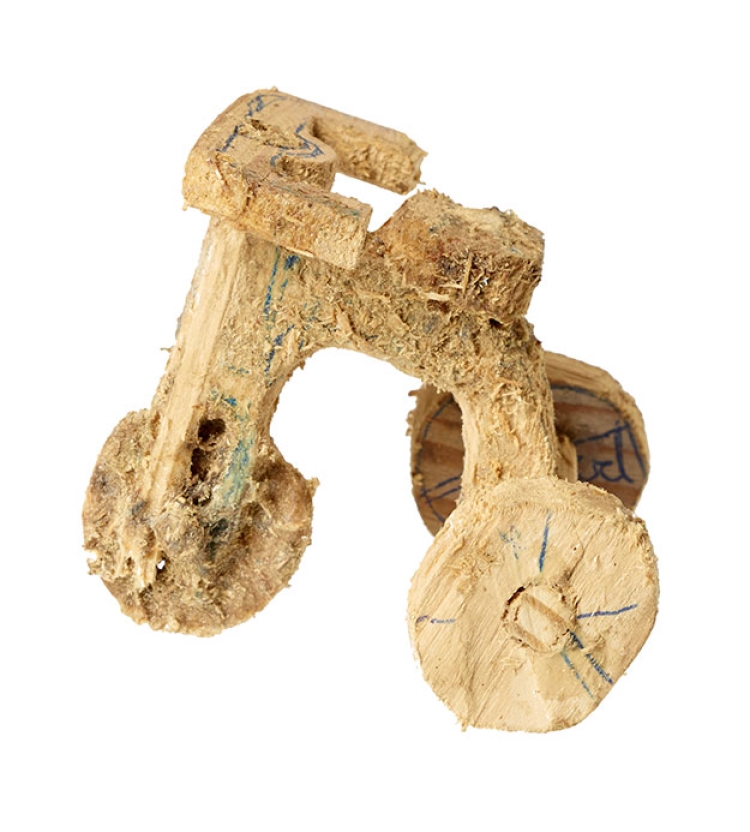 John Byam (1929 - 2013) was born in Oneonta in New York State, USA. As a boy he helped his parents, who owned a camping ground. In the 1940s he worked for a railway company. He then served the American army in Japan during the Korean War. In 1952 he went back to live with his parents and worked as a gravedigger at the local cemetery.

Byam works from memory, taking inspiration from family photographs, television, books, and magazines. He draws with a sure hand, using lead or coloured pencil. He also makes threedimensional works in the long tradition of wooden sculpture in rural America. He assembles small, rough-hewn pieces of wood, using a mixture of sawdust and glue. The locomotives, airplanes and other craft designed by Byam suggest a powerful desire for movement. They are fragile and ephemeral-looking, and seem to have symbolic meaning.