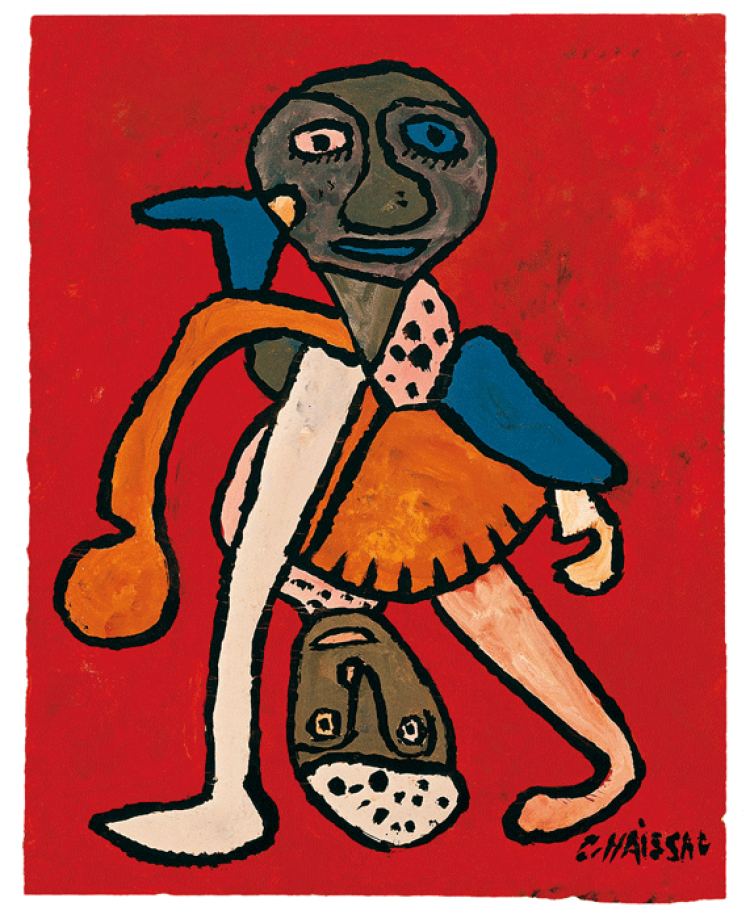 Born in Avallon, France, Gaston Chaissac came from a humble family. Little attracted by schoolwork, he left school very early and did sundry jobs such as kitchen boy, assistant in an ironmonger’s, saddler’s apprentice and ostler, among others. Later, in 1926, Gaston Chaissac went to live with his older sister. He started an apprenticeship as a cobbler - his father’s trade - before working among other things as a brush-maker.

Gaston Chaissac embarked upon his first artistic work ten years later, but war and illness - he contracted tuberculosis - slowed down his creative activity. He married in 1942 and settled in the Vendée with his wife. From that point on he never stopped painting, sculpting and writing poems.

His sculptures are characterised by a diversity of support materials, such as pebbles, bits of rock, tree stumps, planks of wood, worn-out brooms, on which he painted with a free and spontaneous hand. He corresponded regularly, notably with Jean Dubuffet and André Breton.