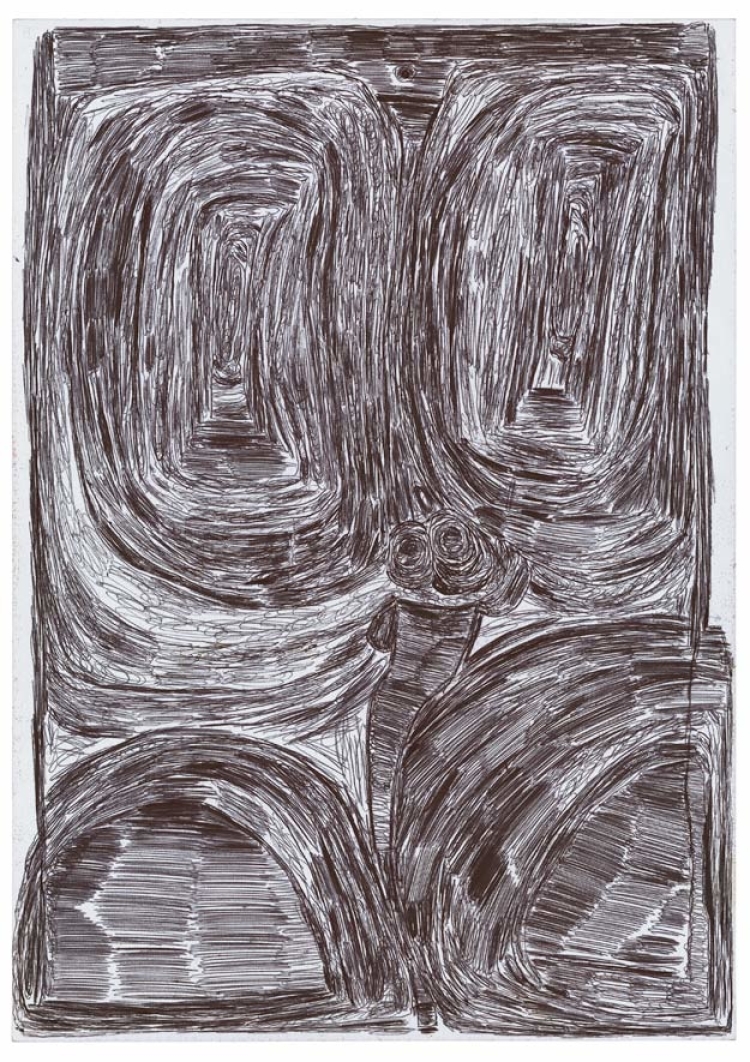 Eric Derkenne (1960-2014) was born in Stavelot (Belgium) to a wealthy family that included many siblings. Suffering severely from Down's syndrome, already at a very young age he was able to express himself through drawing. His family encouraged him to do so and held his efforts in high esteem. Drawing gradually became his main center of interest and mode of communication. From 1983, he joined the day center for the mentally challenged at Vielsam and, from 1995, he began attending that institution's own artist space, La 'S' Grand Atelier.

Erik Derkenne sat at the same table, in the back of the workshop and near the windows, for over fifteen years. Working hours at a time in a solitary and very applied manner, he obviously enjoyed his creative endeavors. With no model to speak of, he patiently built up his drawings as if to bring out, through the various layers of ballpoint lines, his very identity and his body so prematurely aged by illness. He alone decided when a drawing was finished, at which point he would carefully lay aside his "Bic" model pens—the only ones to be considered worthy in his eyes. His illness got the upper hand in 2011, forcing him to put an end to all his artistic activity.