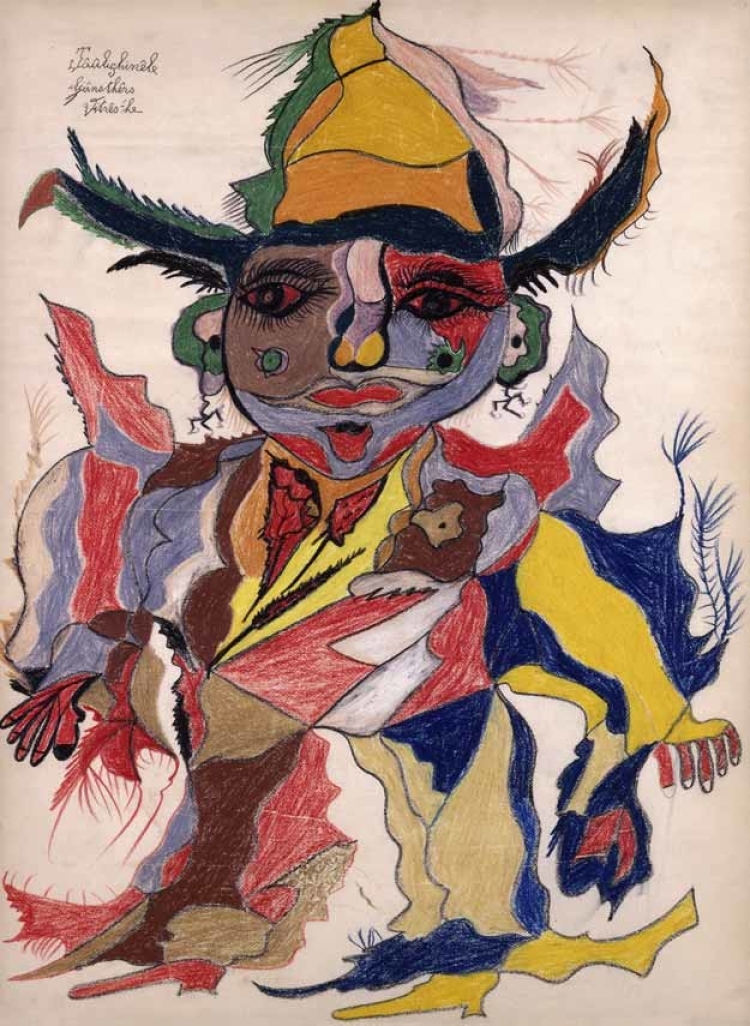 Born in the mining region of the Pas-de-Calais, France, Gaston Duf came from a family of ten children. At the age of 14, he was apprenticed to a baker but was dismissed for incompetence. He subsequently worked at the mine, but his precarious health forced him to take frequent absences. Eventually he no longer even attempted to work, taking refuge in alcohol before being confined in a psychiatric hospital in Lille at 20 years of age.

Some years later his doctor noticed that he was hiding drawings in the lining of his clothes, which were done in lead pencil in the margins of newspapers and depicted monstrous creatures. The doctor then provided crayons and tubes of gouache, as well as sheets of paper.

Gaston Duf started to produce compositions in larger formats. Recurrent subjects are a clown-like figure and a protean beast that he called a rhinoceros. Furthermore, he spelt this word differently every time he drew this animal.