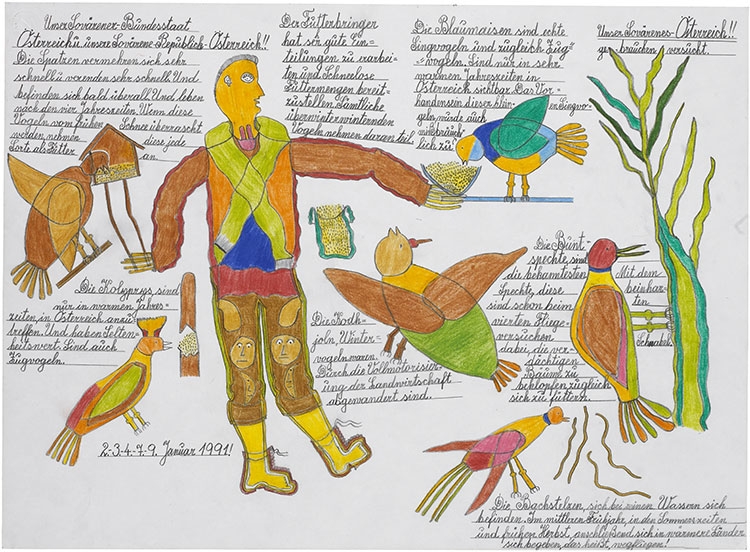 Born in Eggendorf, Austria, Johann Fischer comes from a farming family. Mobilised in the German army during the Second World War, he was taken prisoner by the Americans. On his return, the appearance of hallucinatory disorders led to his confinement in 1967 in the psychiatric hospital of Maria Gugging, near Vienna. Fourteen years later he became one of the inmates of the Haus der Künstler (House of Artists), a residential and creative centre adjoining the hospital.

Johann Fischer draws objects, animals and people in graphite and lead pencil, then coloured pencils. He also adds text to his compositions. Gradually the writing has taken on a major role, relegating the images to an illustrative function. The commentaries, the content of which is often political, social or religious in character, are written in a careful hand and reveal a multitude of details about the habits and customs of life in Austria.