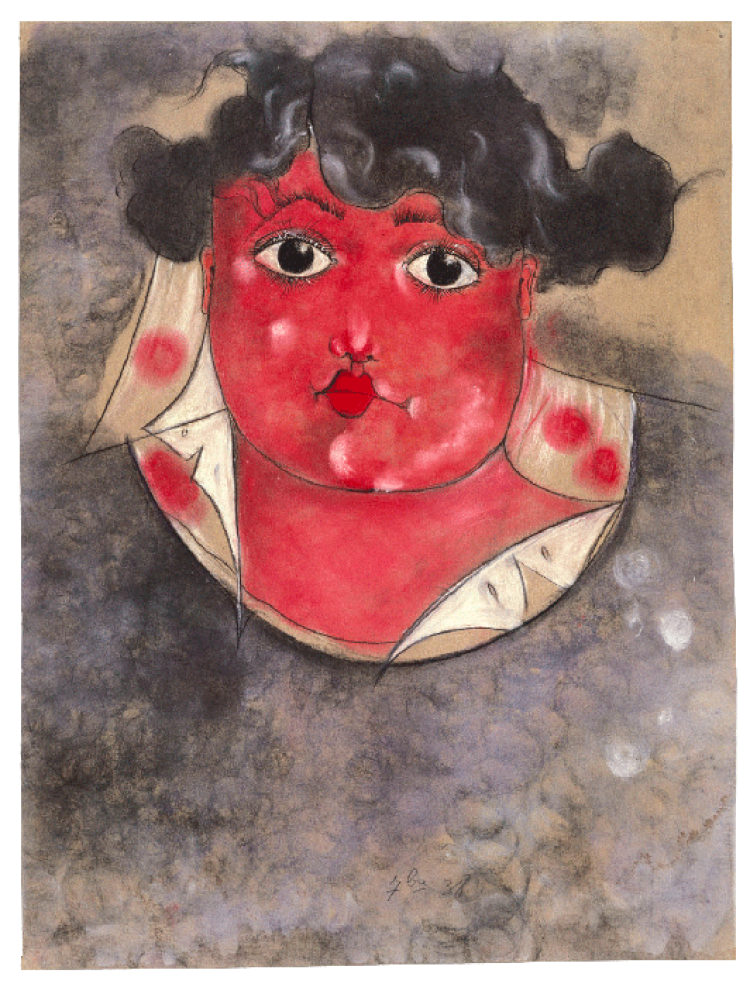 Sylvain Fusco was born in Lyon, France. He attended school until he was 13 and then did joinery and cabinet-making. He later attended classes at the Ecole des Beaux-arts for several months. In 1921, the young man was sentenced to two years in prison after he committed a crime of passion. On his release from prison he completed his military service in the disciplinary battalions in Algeria. There he retreated into total mutism. He returned to France, but his condition worsened and in 1930 he was admitted to the Vinatier Hospital in Lyon.

Sylvain Fusco, then 27, stopped talking for good. Five years later he started to draw graffiti on his dormitory wall using stones that he found on the ground. Dr André Requet, a doctor at the establishment, transcribed his drawings on tracing paper. Later, he accepted the use of sheets of paper and pastels that his doctor offered him. Sylvain Fusco frenetically depicted buxom women often naked whose faces were always the same: dark hair, rosy cheeks and heart-shaped mouth.