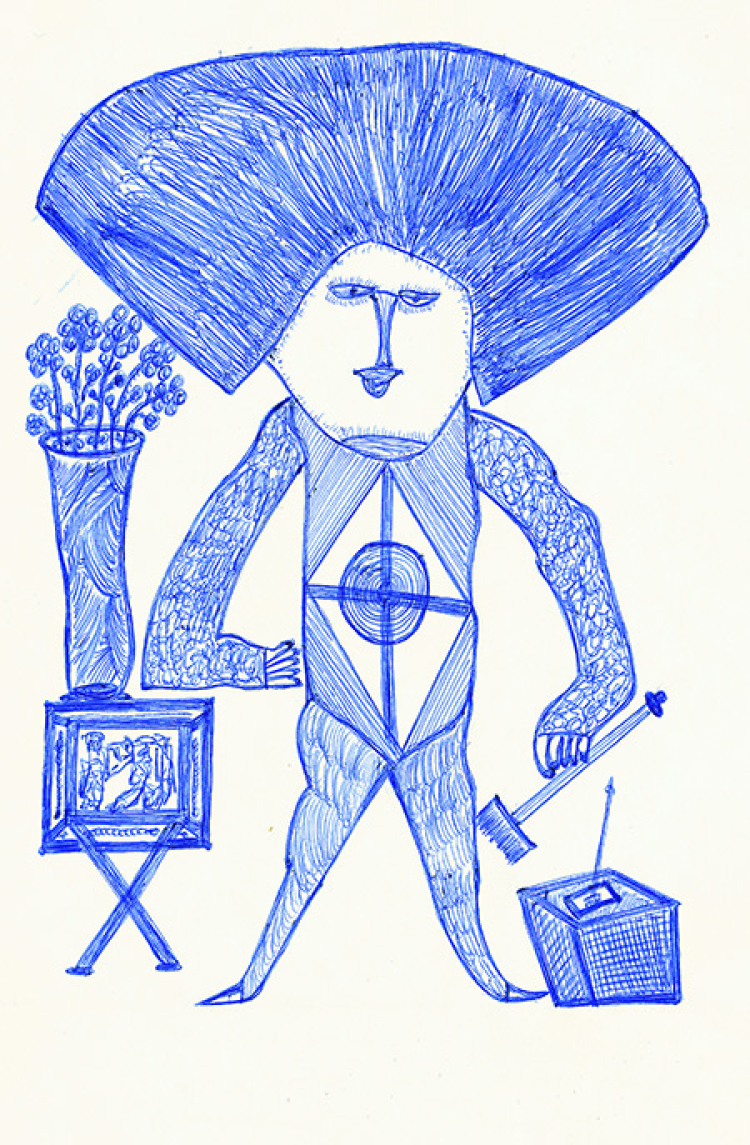 Ernst Michael Kolb (1927-1993) was born in Mannheim, Germany. His father was a train driver and was therefore often absent while his mother, who suffered from psychological problems, struggled to look after Ernst and his older sister. As a young boy, Ernst was sent to a series of boarding schools. His mother, who was committed to a mental hospital in the 1930s, died in 1941 as a victim of the Nazi regime’s extermination programme for physically and mentally disabled adults.

Ernst Kolb started a baker’s apprenticeship. In 1969 he was hospitalised because of advanced diabetes and he started to draw in notebooks and on the back of postcards. He had to relinquish his job in 1977 due to an allergy.  Aged fifty, Kolb finally had time to himself and he used it to draw and to educate himself. He started to religiously attend the public events in his area and he became a public figure before being recognised for his drawings.

Ernst Kolb’s compositions are distinctive in the light and decisive movement that courses through the twisted bodies he represents as well as in their sharp, precise and energetic strokes. Ernst Kolb departs from the doodles made with a ballpoint pen – more often used for note-taking – to achieve a real expertise in every move of his hand in a given space. He uses a simple technique, basic even, which he sublimates through his inventiveness.