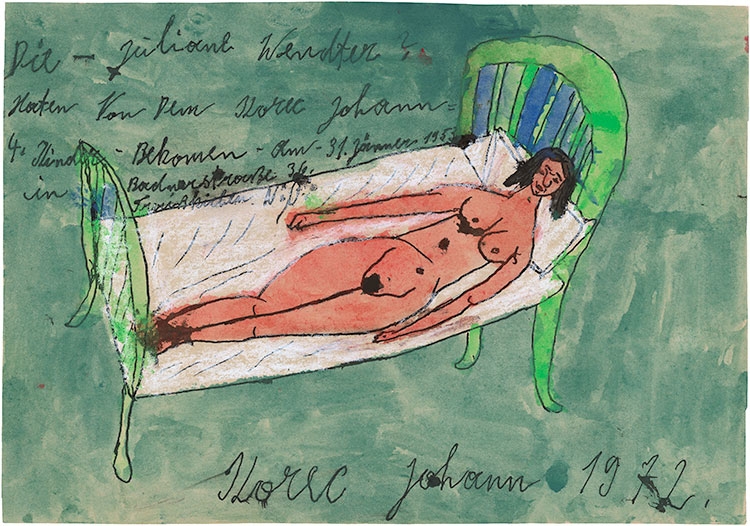 Vienna-born Johann Korec spent most of his childhood in specialised schools and institutions. From the age of fourteen he worked as a farmhand and shepherd, but at around twenty he began showing psychiatric symptoms that led to his commitment in Maria Gugging's hospital near Vienna, a pioneering establishment in the use of artistic activities for the mentally ill. It was here that he took up drawing and was admitted to the hospital's famous House of Artists, a self-run creative body within the hospital.

Although animals and the circus were among his favourite subjects – he had long dreamed of a career as a wild animal tamer – he mainly depicted the sexual activities of the double he called The Korec Johann. Using a technique of his own devising, he copied photographs of couples from the press or from books, stripped them naked and revealed their genitals. These images were rounded off with interwoven texts that became an integral part of the work. This approach changed little over time, but the treatment became increasingly free: unmoored from the images that had inspired them, his depictions nonetheless became more and more intimately embedded in their written context.