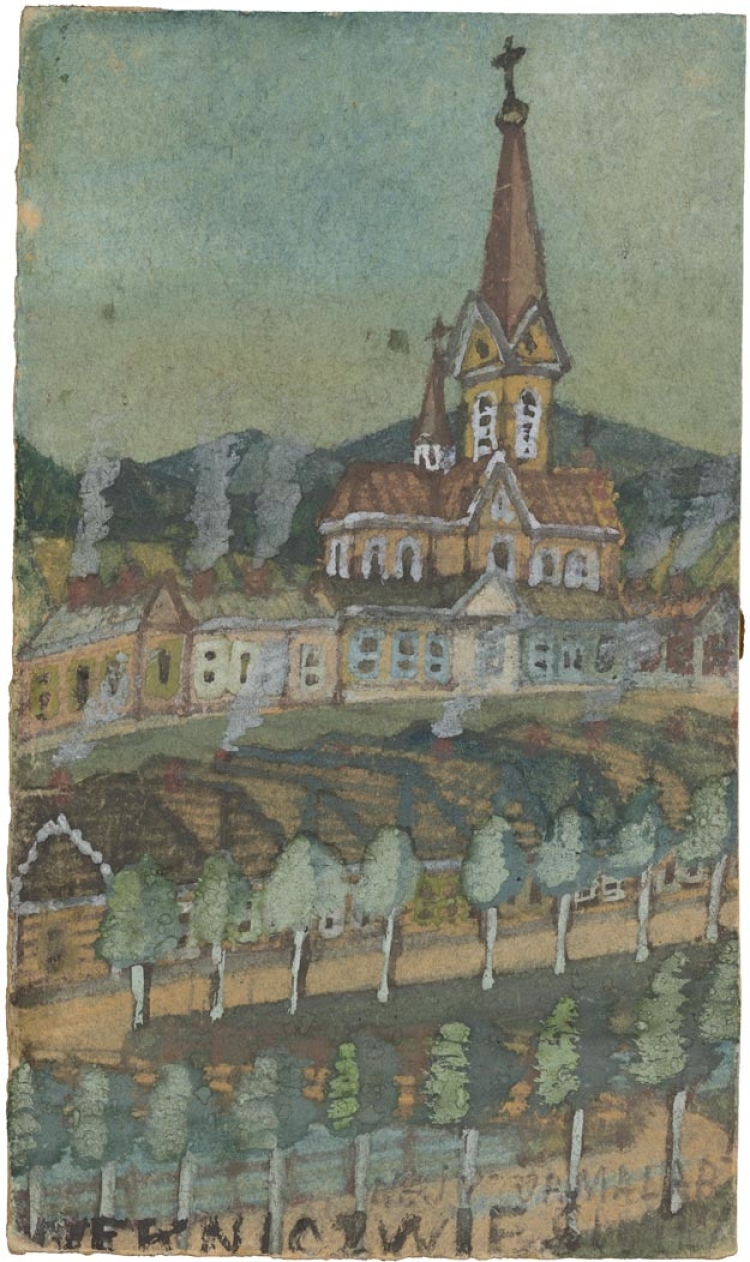 Epifanius Drowniak, called Nikifor (1895– 1968), was born in Krynica, Poland. He came from Ruthenia, a cross-border region straddling Ukraine, Hungary, and Poland, so his childhood was steeped in two great religious traditions, Catholic and Orthodox, which he practised without distinction. His father is unknown and he was orphaned when he was still a child; he was considered to be deaf and dumb, probably like his mother. However, testimonies prove that he could speak, despite a serious pronunciation defect. He had almost no schooling and remained illiterate.
Between 1944 and 1947, the people of several regions in southern Poland, including Nikifor’s native region, were displaced by order of the Communist authorities. Nikifor was deported twice but returned each time to live in Krynica. He taught himself to draw and paint, but nobody knows quite when. After the war, benefitting from wide recognition of his talents as a naïve painter, he managed to live off his art. Previously, he had done various odd jobs. He painted with a passion every day, in the street or in furnished lodgings.
He used watercolour and gouache, preferring pale, cool colours. Religious architecture is the central theme in his paintings, particularly churches, whether Catholic or Orthodox, usually set in a rural landscape.