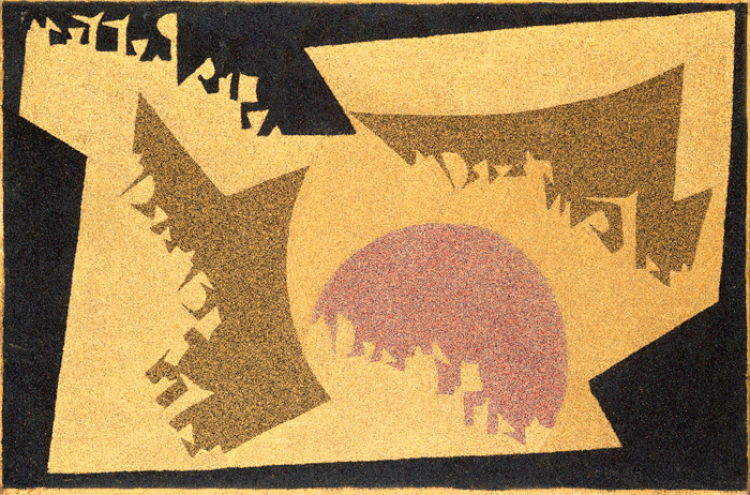 Francis Palanc was born in Vence, France, where his parents were pastry-cooks. At the age of 16, after finishing school, he joined the family business and was initiated into the trade. At around 19, Francis Palanc invented a system of alphabets made up of angular graphics on the basis of which he attempted to obtain revelations about the origin and the essence of things.

He also created paintings made according to cake-making techniques: he worked with a sieve, piping bag and rolling pin. The ingredients used were lac, then gum arabic, mixed with crushed eggshells, dried egg white, boiled sugar, caramel, and sometimes sawdust.
His creations were made in the most complete isolation and remained secret, except for some pictures which he gave to a local dealer to sell in 1959. This experiment turned out to be disastrous: after a massive destruction of his work in 1960, Francis Palanc ceased all activity for good.