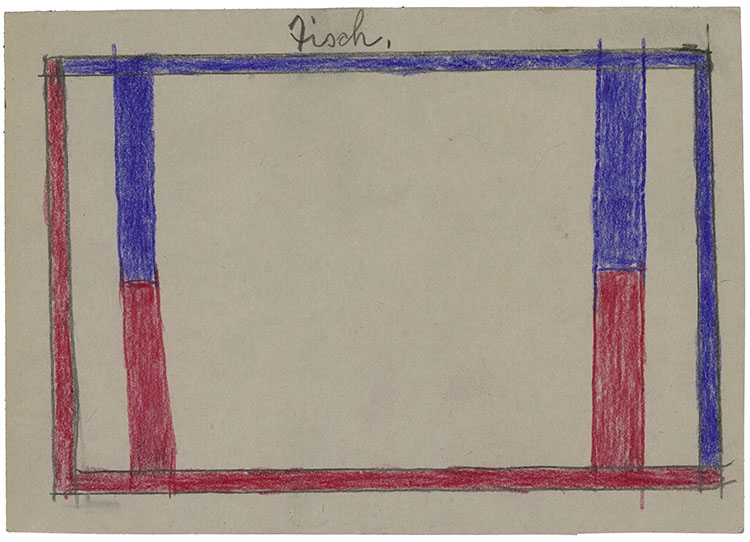 Johann Scheiböck (1905 – date unknown) was born in Austria. His parents were farmers and he attended school for seven years before learning the basics of farming: ploughing, sowing, working with wood, etc. During the Second World War he joined the Volkssturm, a working-class militia that backed up the German army. Arrested at the age of fifty-four "on a morals charge", he was committed to a psychiatric clinic, but refused to acknowledge the possibility of mental illness and denied the charges brought against him. After several years he was allowed to leave and assigned to home care.

During his time in hospital Johann Scheiböck drew with coloured pencils: mainly furniture, houses, farm machinery and vehicles. His compositions are unfailingly restrained and schematic, not to say geometrical, with their motifs reduced to the bare essentials.

The artist limits himself to horizontals, verticals and right angles, together with two or three colours. This gives the furnishings – bed, table, wardrobe, gas stove – a framing role.