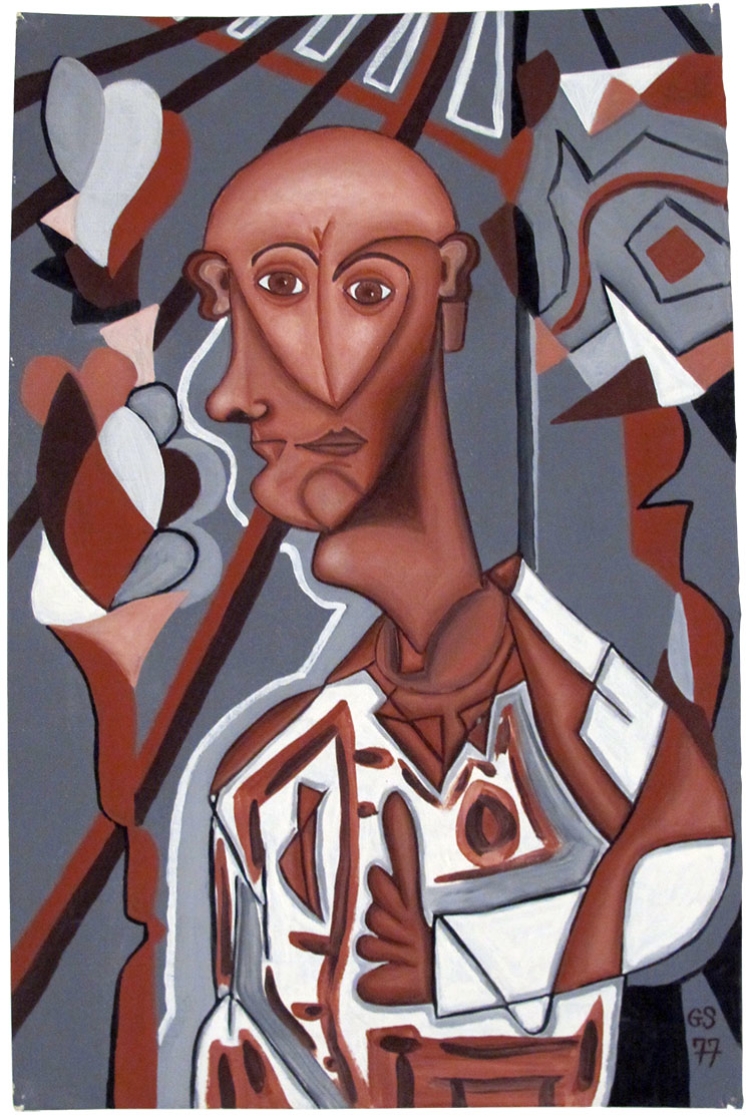 Gérard Sendrey (1928–2022) was born on 12 March 1928 in Bordeaux, France. A career in local government that began in Bordeaux continued in nearby Bègles, where he became Secretary General and made his home. In 1989, he opened the gallery that was to become Création Franche, the Bègles municipal art museum, in 1996.

Gérard Sendrey had been drawing and painting since his early childhood and from the age of thirty-nine all his free time was devoted to his art. Prolifically creative, he experimented with media ranging from Indian ink to paint and from pastel to lead pencil, right down to the simplicity of the ballpoint and the reed pen. He painted on canvas, but paper remained his preferred support. He worked in series, mainly resorting to small and medium format images that include portraits, fantastic animals, genre scenes and landscapes.