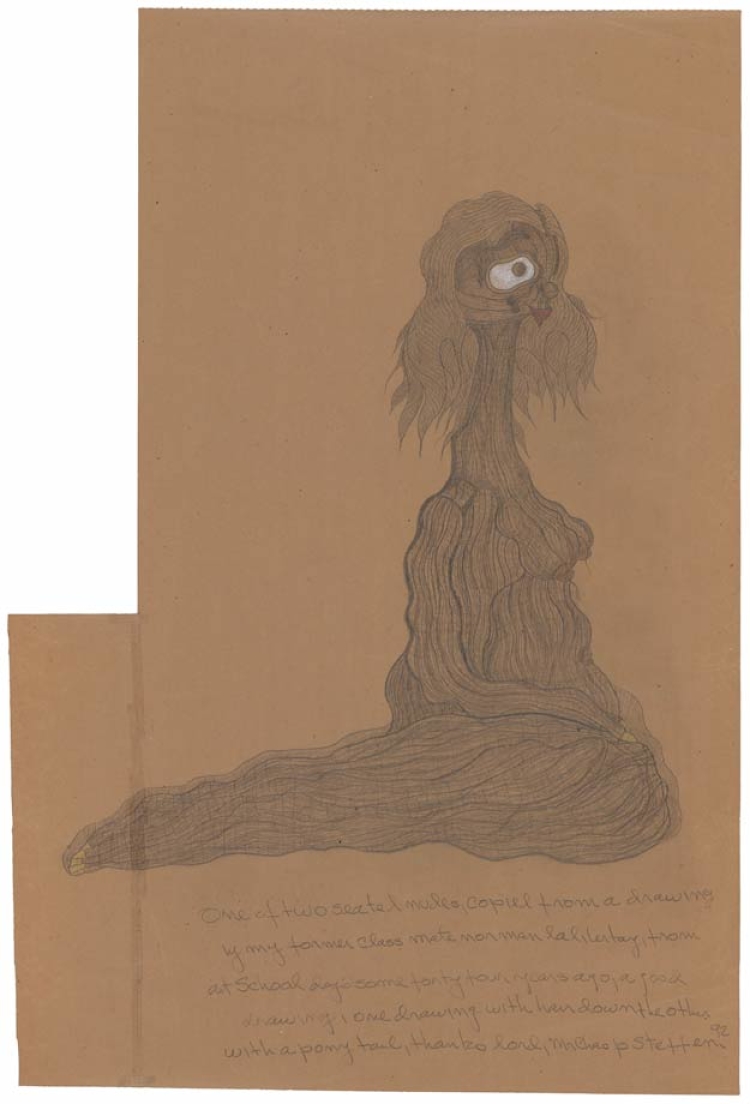 One of two Seated Nudes

Born to a family of eight children in Chicago, at the age of twenty-eight Charles Steffen took up studies at the Chicago Institute of Design, a part of the Illinois Institute of Technology at the time. However, his Catholic faith prevented him from adhering to the ideas set forth in one of his philosophy courses. In an act of rage, the young student set his course papers on fire and threatened to commit suicide; he ended up sinking into depression, bringing about his departure from the school barely a year after his arrival there. Two years later, he was committed to the Elgin State Hospital, a psychiatric hospital of the State of Illinois. Over about a decade he alternated between stays at the hospital and at the family home. He left the psychiatric establishment in 1963, returning to his childhood home to live with his mother, brother and sister Rita.
He is the creator of an imaginary world peopled by creatures resembling aliens. Everything lends itself to metamorphosis: some of his figures are hermaphrodite, while others, subjected to mutations, present hybrid features straddling the realms of humankind, animals and plants. He would reinvent a totally original graphic vocabulary, producing one to three drawings a day — some up to 2 meters (6 and a half feet) long — and generally signed them with his nickname, "Chas." When not drawing, he enjoyed drinking heavily and smoking (specially the pipe).