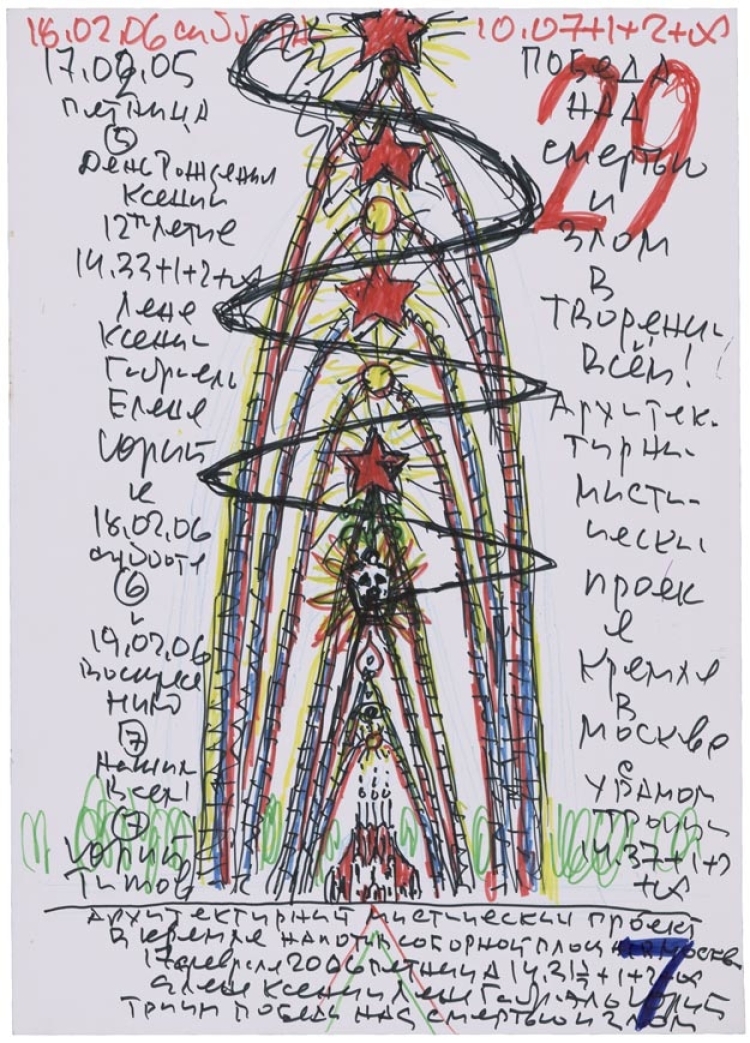 Yuri Titov (1928) was born in the town of Strunino, in the Vladimir region of Russia. In 1947, Yuri Titov graduated from the Moscow Institute of Architecture as a lieutenant in civil engineering. He then married. In his spare time he painted large abstract compositions or works inspired by Christian iconography. After 1957 he worked full time on his art. His paintings were strikingly different from the prevailing socialist realism and Titov was suspected of dissidence: forced to leave the USSR, the couple moved to Paris in 1972. After his wife’s suicide, he suffered from delusions and was regularly admitted to psychiatric hospitals.
Tending to wander between his hospital stays, he was finally admitted to an old people’s home run by the Russian Red Cross in the Paris region. Since then, Titov has done hundreds of drawings with felt tip and ballpoint pens. He develops mystic architectural projects with expiatory functions, complete with texts and poems. His virtual constructions are mausoleums, temples, or reinterpretations of emblematic buildings from his native culture. Dedicated to Helena, his wife, Yuri Titov’s pictures are a way of fighting Evil, and of expressing his existential and spiritual doubts.