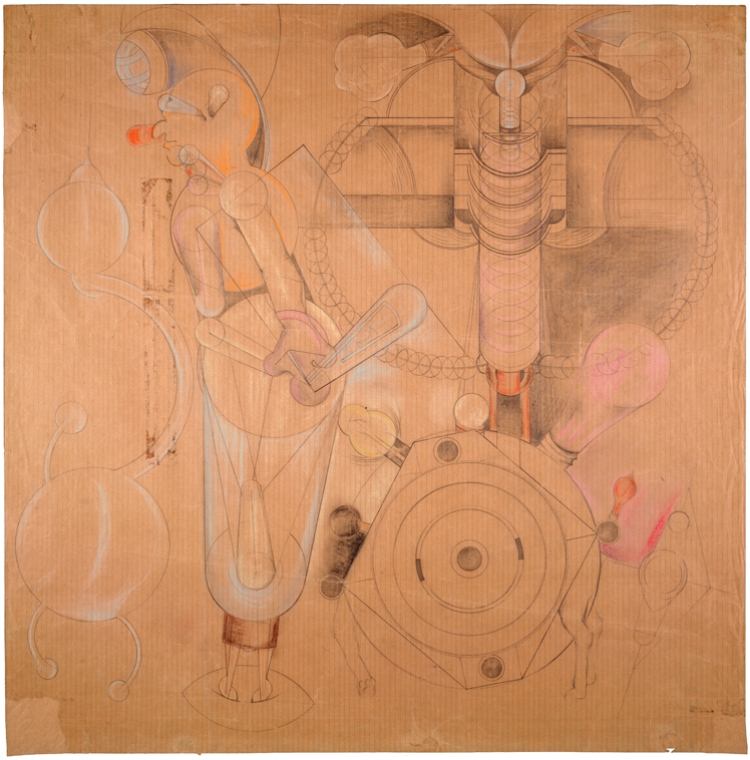 Frank Travis (1914-1976) was born in Toronto, Canada. Both of his parents were actively involved in the theatre. As a child he was unhealthily close to his mother, an exuberant, narcissistic dancer, with whom he seems to have identified, even learning to dance and play the piano like her. Frank's father, who came from America, left his wife and two young children in 1924, after which the children were put in different Catholic orphanages. Travis starting displaying an interest in drawing at the age of eleven. A few years later, he enroled in the Central Technical School in Toronto, where he learned technical drawing. However, he did not complete his training and made a living with various temporary jobs.

In 1941 he joined the Royal Canadian Air Force and his experience in the war profoundly affected him, causing him to become increasingly withdrawn. At the end of the war, he picked up his art studies again, but his mental state continued to deteriorate. He was finally diagnosed with schizophrenia and at the age of thirty-five he was committed to a psychiatric hospital, where he was free to continue drawing. Travis's fascination with the human body and his technical skill are fully evident in his drawings: he depicts stiff, inhuman "body-machines" with geometric, robotic shapes that are equipped with crazy contraptions. His works are drawn in pencil and chalk on wrapping paper. The extremely precise outlines of his compositions are all made with a ruler.