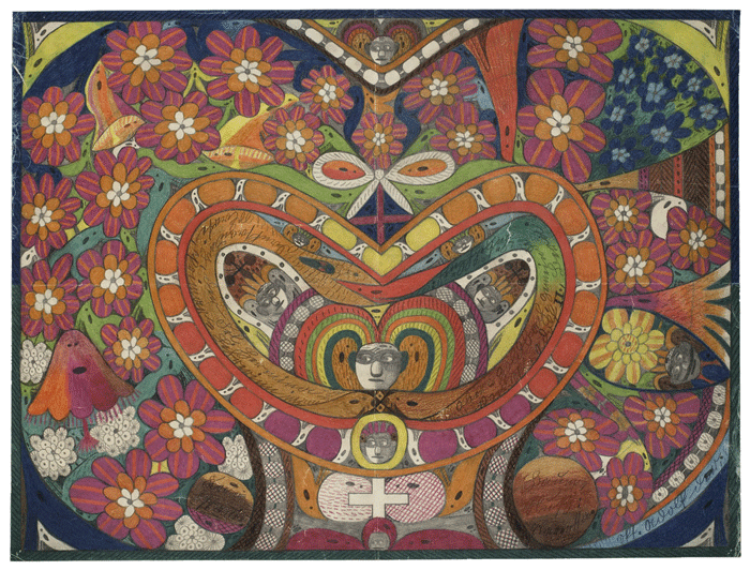 Adolf Wölfli was born in the canton of Bern, Switzerland. At the age of seven he was abandoned by his father. The boy remained alone with his mother for two years, before being placed in peasant families where he worked as a goatherd and farmhand. Later he became a woodcutter, then a labourer. A few years afterwards Wölfli was arrested for indecent exposure and imprisoned for two years. On his release, he committed the offence again and in 1899 was admitted to the hospital in Waldau, near Bern, where he stayed until he died.

Adolf Wölfli started to draw, write and compose music at the age of 35. His output was colossal. It included 25,000 pages strewn with graphic compositions done with crayons, but also collages, literary creations and musical scores. In his drawings, figures whose eyes are surrounded by a mask are combined with musical notes, snippets of text and brightly coloured shapes. The ornamental elements have both a decorative and a rhythmic function.