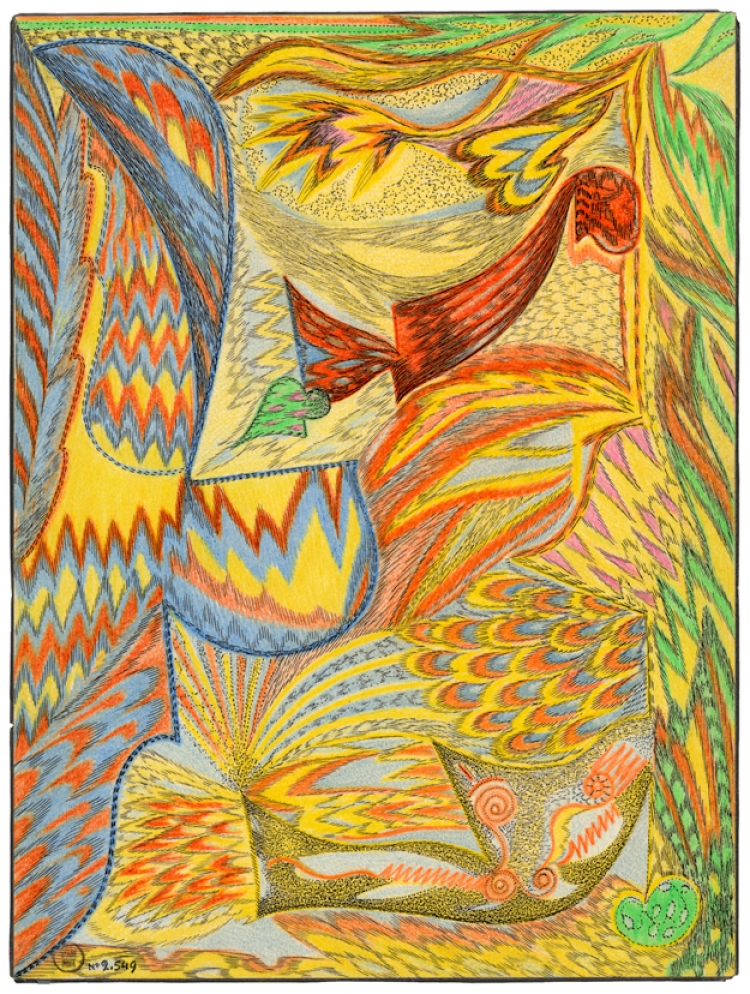 Born in Montmaurin, near Toulouse (France), Henriette Zéphir (1920–2012) was brought up by her grandparents until the age of eleven. After completing elementary school, and her dream of taking up drawing at an art school opposed by her parents, she married someone from Martinique and gave birth to two children. The couple had planned to settle in Martinique after their wedding, but the boat on which they were traveling was blocked at Casablanca in Morocco. When her husband was drafted, Henriette Zéphir spent two and a half years alone in Morocco before being repatriated to France in around 1945. The couple settled in the Antilles in 1947, but then divorced. Henriette and her two children took up residence first in Nice and subsequently in Castres.

A mediumistic painter, Henriette declared that she worked "in the realm of the occult," thanks to a guide by the name of Don Carlos, who revealed himself to her five years after her return to France, in 1961. To her mind, he had been her companion in a former life. Under his influence, she produced several dozen lead pencil and ballpoint pen works, drawing their lines without lifting her hand from the page to create sinuous forms that bring to mind large-patterned decorative lace.