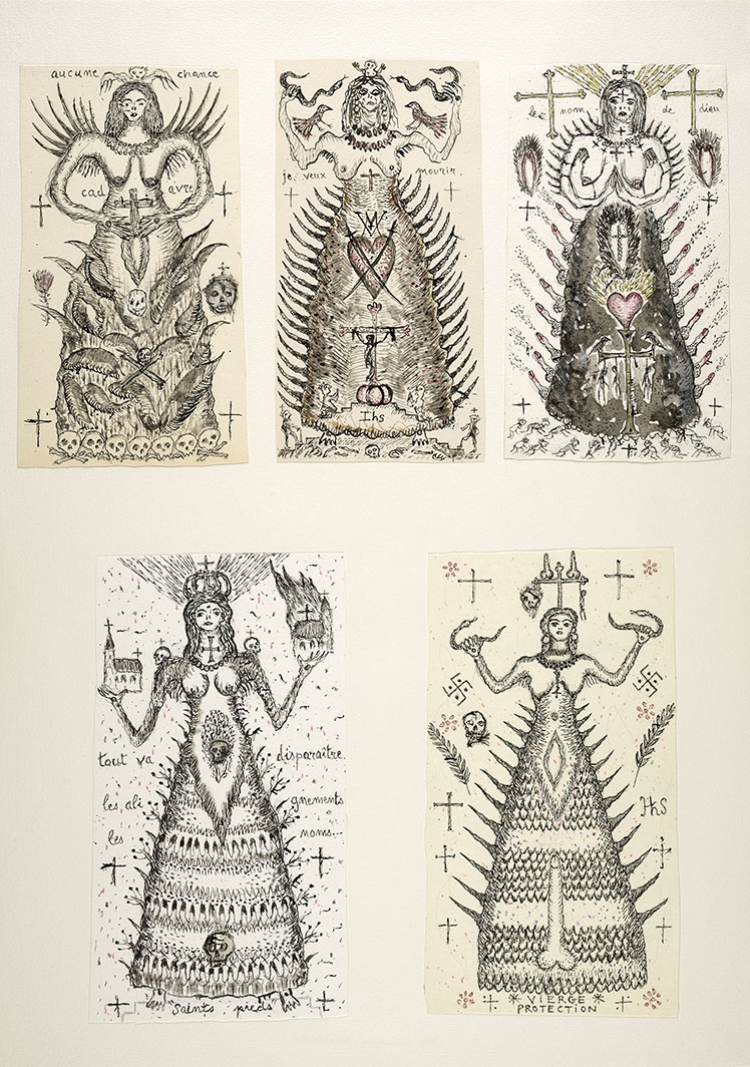 Philippe Ducollet-Michaëlef (1962) was born in Paris, France. He grew up in a happy family environment, with very affectionate parents and a sister and brother who were both far older than him. He began to show signs of mental instability during his adolescence and especially when he was an adult. As a child he spent a lot of time lining up his toys and putting them in order, an activity that gradually became almost compulsive. When he was around twenty he often visited museums and began to take an interest in ancient painting and in collecting art books. He read voraciously and widely. After winning a place at the school of decorative arts, he was forced to turn it down following a series of panic attacks that left him in a state of deep depression accompanied by migraines and insomnia. His brother’s sudden death in 1989 distressed him tremendously, and he created a huge collage in his memory. This is when he began to fill school exercise books with miscellaneous drawings, until in 2006 he found his favourite subject: the figure of the ‘Virgin – the Mother Goddess’. Philippe drew inspiration from an old memory of a Cretan idol depicting the ‘Snake Goddess’ that he saw in his father’s library. He gradually merged this figure with that of the Virgin, giving rise to a curious blend of the religious and the sexual, where the themes of birth and death are set in close juxtaposition. Ducollet-Michaëlef’s compositions, in pencil or ink, are extremely repetitive and represent a way of defending himself from his chronic anxiety and agitation. By concentrating on their variations and shared features, he uses all these carefully arranged figures of the Virgin as a bulwark he can rely on to underpin his psychological equilibrium. If he feels some detail has not come out right, he looks through his exercise books for the right ‘fragment’, which he proceeds to cut out and stick over the old one.