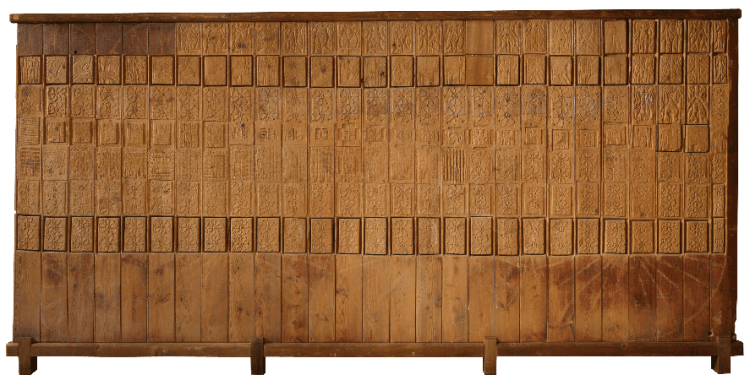 Born in a village in the Lozère region of France, Clément Fraisse came from a farming family with 14 children. He received a rudimentary education, then worked on the family farm during his youth, before becoming a shepherd. At the age of 24 he tried to burn down his parents’ farmhouse and was interned in a psychiatric hospital.

His protesting, violent attitude led to his being confined, from 1930 to 1931, in a narrow cell, the walls of which were lined with rough wood. For two years Clément Fraisse busied himself carving the walls using a broken spoon handle or, when this was confiscated, the handle of his chamber pot. The motifs developed following the various sections of panelling. Each of the twenty panels in the upper row represents a person whose teeth, fingers and toes are drawn in a sketchy manner. After this period of close confinement, Clément Fraisse was employed in various jobs within the institution.