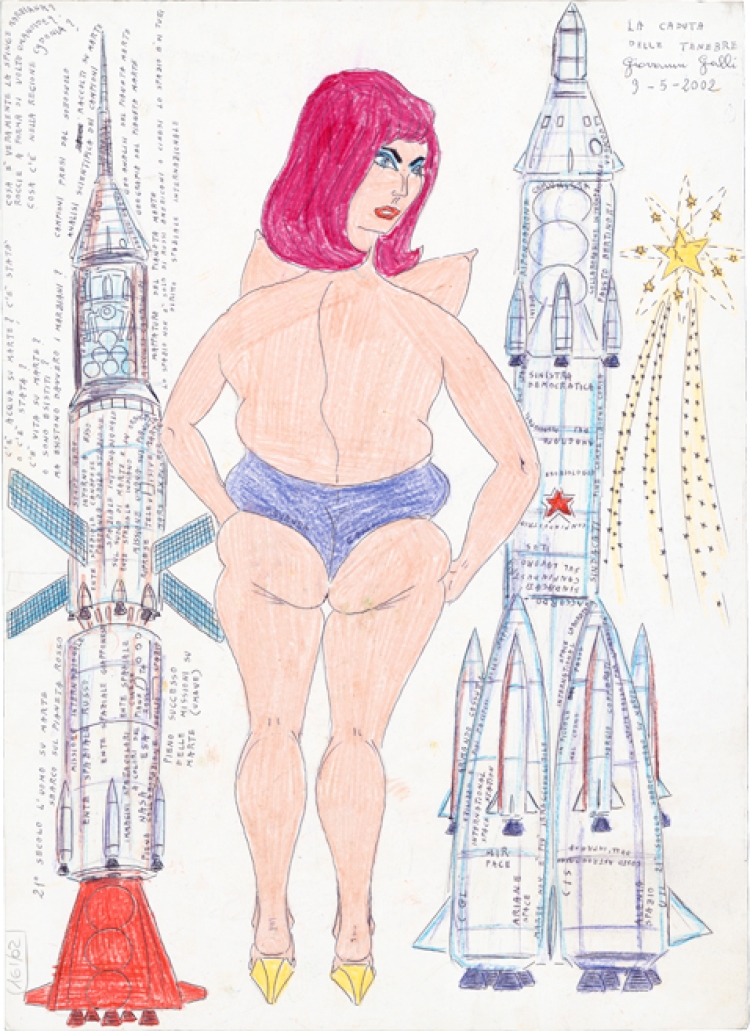 Giovanni Galli (b. 1954) was born in Florence, Italy, and worked for a time in his father's company as a perfume and cosmetics salesman. On his father's death he found a part-time job in the city council’s finance department, while undergoing treatment for mental health issues. He was committed to a psychiatric institution in 1993 and joined the La Tinaia art workshop the following year, where he concentrated on drawing.

Brightly coloured and aesthetically similar to comic strips, his compositions depict nude women surrounded by military and space-travel hardware. He also depicts scenes of sadomasochism, in which women are always portrayed in the dominant role. Closely detailed from all angles, the female figures' sexual features are the object of special attention. Galli drew using graphite and coloured pencil, as well as sometimes employing collage and tracing.