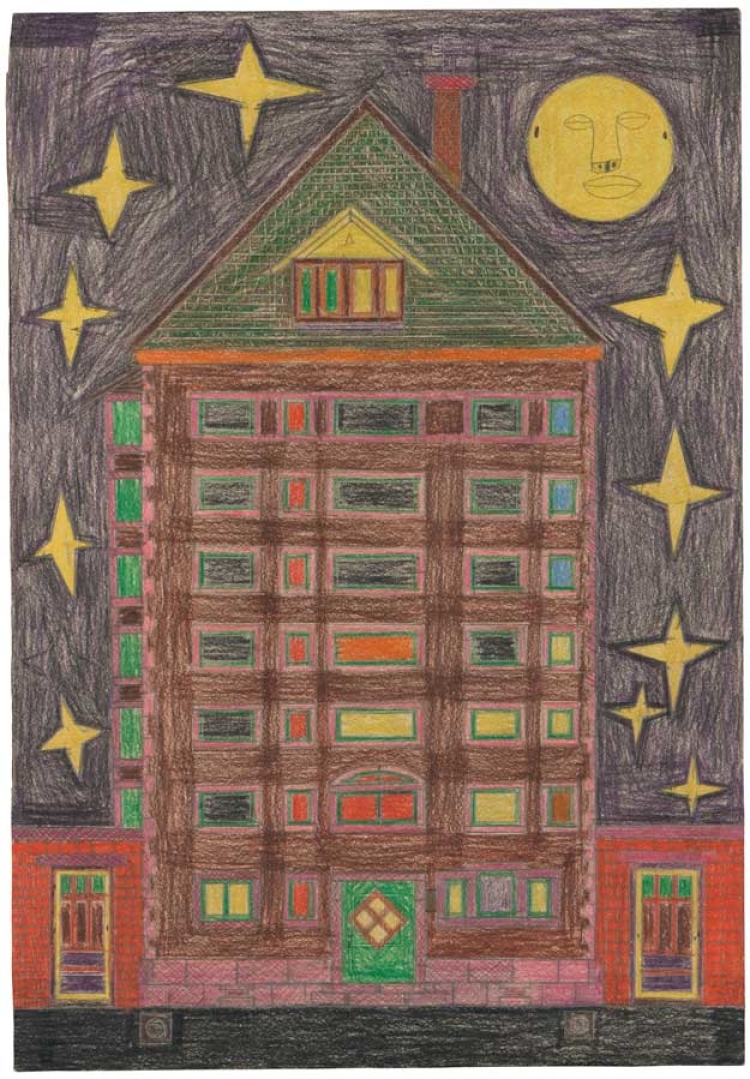 Heer (1946) was born in Switzerland and showed early signs of mental handicap. His father died when he was six, and his mother was obliged to have her son hospitalized so she could go to work. In 1960, her son was admitted to the Friedmatt Clinic in Basel. The drawing that Heer took up in the clinic’s workshop had a calming effect on his fits of rage and over-excitement.
He uses coloured pencil to systematically cover entire sheets of paper. He calls himself a ‘builder’ and often draws architectural structures. He uses different colours to separate the various compartments; he never mixes colours and prefers clear, bright hues. His architectural drawings are of two kinds: houses seen from the garden and floor plans of interiors. The plans, using an aerial perspective, are composed of geometrical forms covering the entire space and bordering on abstraction. The houses, on the contrary, are presented frontally and include a host of realistic elements and details: starry skies with a moon, brick walls, and windowpanes.