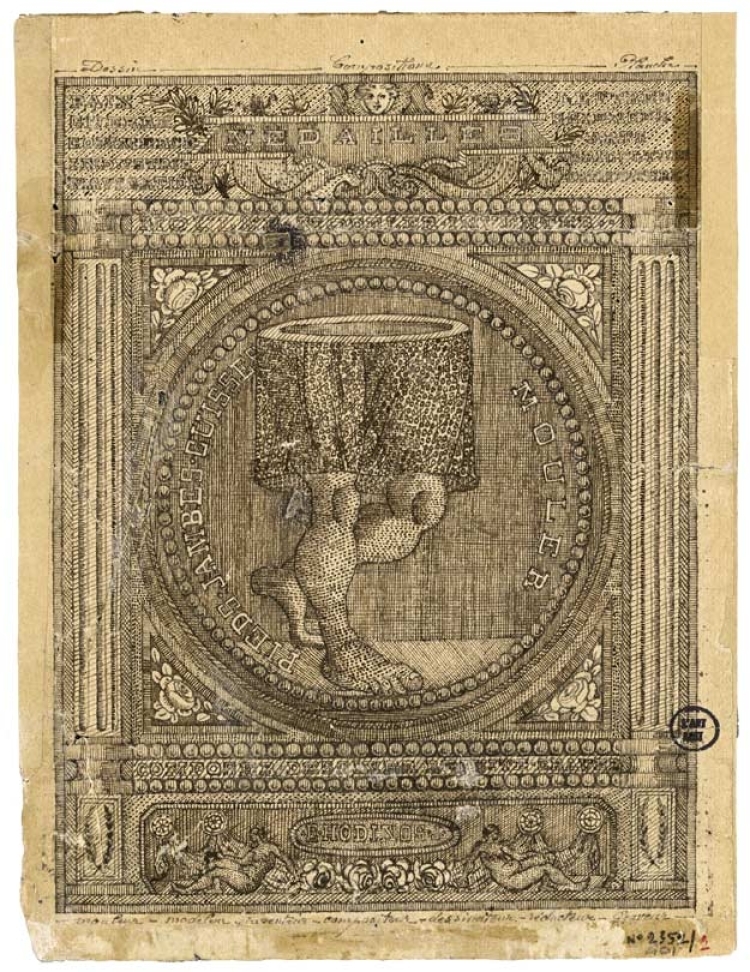 Joseph Ernest Ménétrier, known as Emile Josome Hodinos, was born in Paris to baker parents. His father died when the boy was eight; the latter was then placed in a boarding school. In 1869 he entered into an apprenticeship with a famous engraver of medals. In addition, for four years he took drawing and modelling courses at an art school. Abruptly, his life turned upside down and he was admitted to the Ville-Evrard asylum in the Paris suburbs, where he would stay until he died. He changed his identity then and adopted the pseudonym Emile Josome Hodinos.

He passed his time at the hospital drawing innumerable plans for medals in graphite and India ink on which he made meticulous comments in handwritten texts signed with his assumed name. As support material he used sheets of the paper used in biscuit-making. Strips of paper served as compasses or dividers to calculate the dimensions of his figurines, essentially female, whose anatomy he exaggerated. He would then encircle them with an outline, obtaining the effect of a medal.