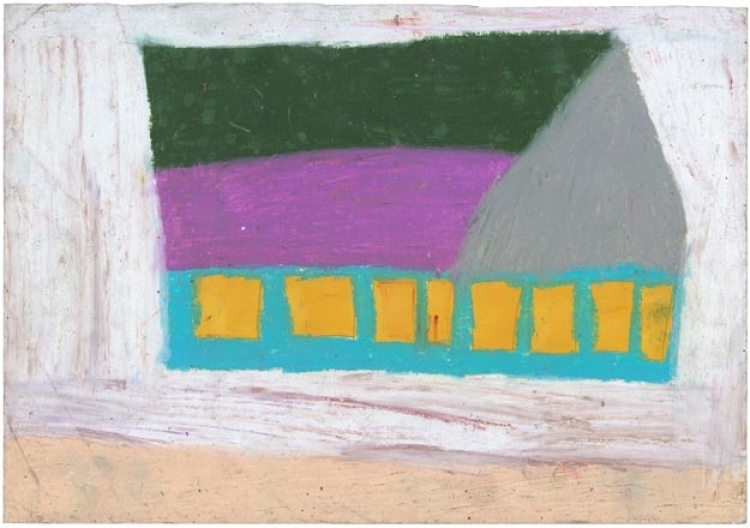 Tetsuaki Hotta (1949) was born in Kyoto. His mother died when he was three and he was raised by his grandmother. When he was nineteen, he was admitted to a centre for the intellectually handicapped at Mizuno. He began to draw in the centre’s painting workshop, which he attended once a week. The workshop was run by the artist Yoshikazu Nishigaki, who based his teaching on traditional Japanese painting. Tetsuaki Hotta works with oil pastel or stubs of coloured pencils on small sheets of drawing paper.
Since 1970 he has drawn nothing but houses. He combines basic geometrical shapes on a single plane, with no attempt at perspective and depth, focusing his attention on the colours, which he rearranges for each drawing. In some cases, the roof of the house is divided into several coloured compartments without any figurative justification. For Hotta, the motif is merely an opportunity for colour variations, which structure the composition and saturate the space.