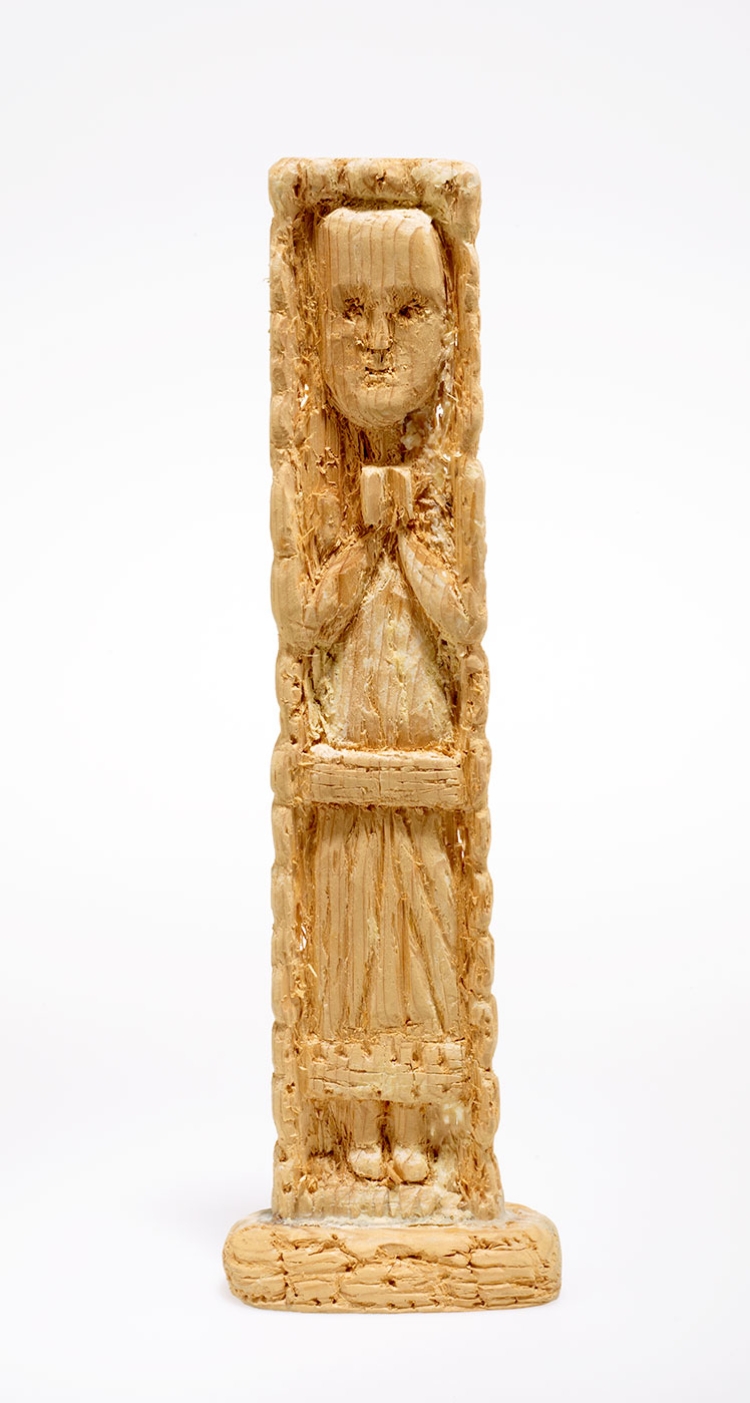 Michael Pankoks (1894–1983) was born in Nica, Latvia, where his family ran a farm on the Baltic coast. He attended primary school, then continued to study at night school, later taking up a carpentry apprenticeship, although he always kept up his interest in medicine and philosophy. He was called up in the First World War and served as a medical orderly in various hospitals. In the following years, Pankoks dedicated his free time with great enthusiasm to wood and stone sculpture. He was captured during the Second World War and spent time in various concentration camps, particularly Danzig and Dachau. In 1951 he sought refuge first in Austria, then in Switzerland, where he was admitted to the Coire psychiatric clinic, in the canton of Grisons. Arriving with two suitcases filled with little sculptures, he claimed to be an artist and professor of medicine and astronomy. He maintained that he had visions at night during which angels gave him missions to perform and encouraged him to lead a virtuous life. In 1960, at the age of sixty- six, he revived his interest in art and began carving hundreds of little statues out of pieces of wood found among the institute’s rubbish. Pankoks attributed a special tutelary power to his works. Wherever he went, he would arrange them around him as if to recreate an imaginary world, or sometimes conceal them in various hiding places as part of a sort of ritual. His effigies, loaded with scientific, religious, or cosmogonic significance, stand like steles or totems offering a hieratic and magical challenge. Destined by war and poverty to a hard life, their author thus invented his own personal mythology using the resources at his disposal.