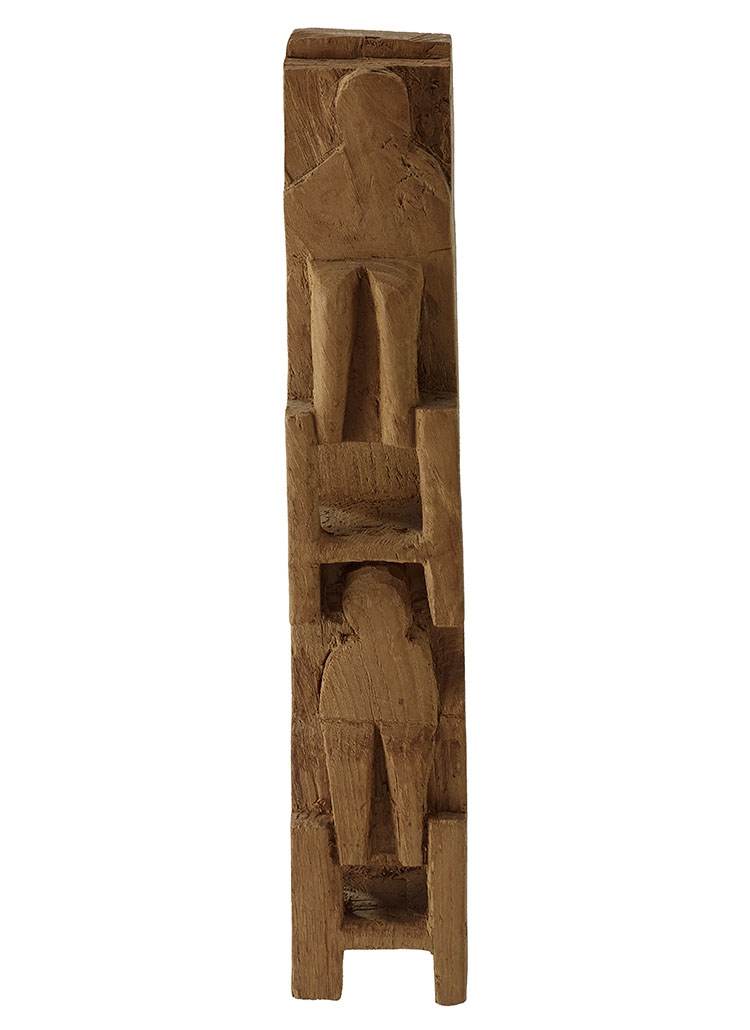 Italo Perugi (1900–1972) was from Torano, a small village north of Carrara, in Tuscany (Italy), not far from the famous white marble quarries. Like all the village children at the time, he went to school until he was ten, then trained as a bagazzo, the dialect term for a quarryman. Aged twenty, he did his military service and met his future wife: they married in 1924 and had a son year later.

In 1936 an accident involving a block of marble cost him four toes, but he was denied an early retirement and only stopped working in the quarries after being operated for an ulcer when he was fifty-two. His meagre pension forced him to look for other sources of income; these included the public telephone concession for Torano and running a small infirmary, a post he owed to his experience as an army nurse during the Second World War.

Around 1970 he began carving logs and making doll's furniture for his granddaughter. He also made small tables and chairs for children, together with sculptures of people sitting on chairs. Finding this work more and more enjoyable, he gave all his time to it, carving larger logs and sculpting bas-reliefs in wood. Archetypal figures, often male, became a recurrent feature. He died shortly afterwards from complications due to his ulcer.