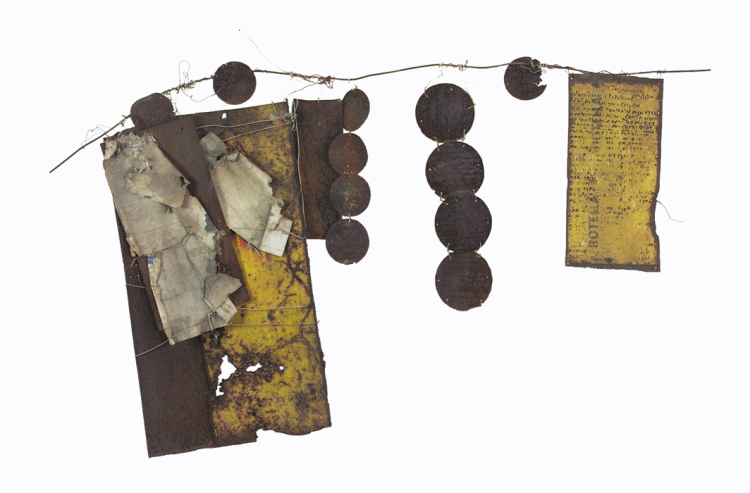 Armand Schulthess was born in Neuchâtel, Switzerland. He attended commercial college before doing an apprenticeship in an import–export company. From 1923 to 1934 he was the proprietor of a firm making women’s clothes in Zurich, then Geneva. He subsequently worked in an office in the commercial division of the Swiss Federal Department of the Economy.

At the age of 50 he withdrew from the real world. He left his family and job and went to live at Auressio, in the Ticino, in a small house he had bought.

He embarked on the task of laying out his 18,000 m2 property with a network of paths, bridges, stairways and ladders. From the trees, by means of wire, he hung hundreds of metal plaques made from the tops or bases of food tins, which he coated with paint and inscribed with messages. The texts, written in five languages, combine knowledge relating to geology, astrology, psychoanalysis, literature and music, among other subjects.