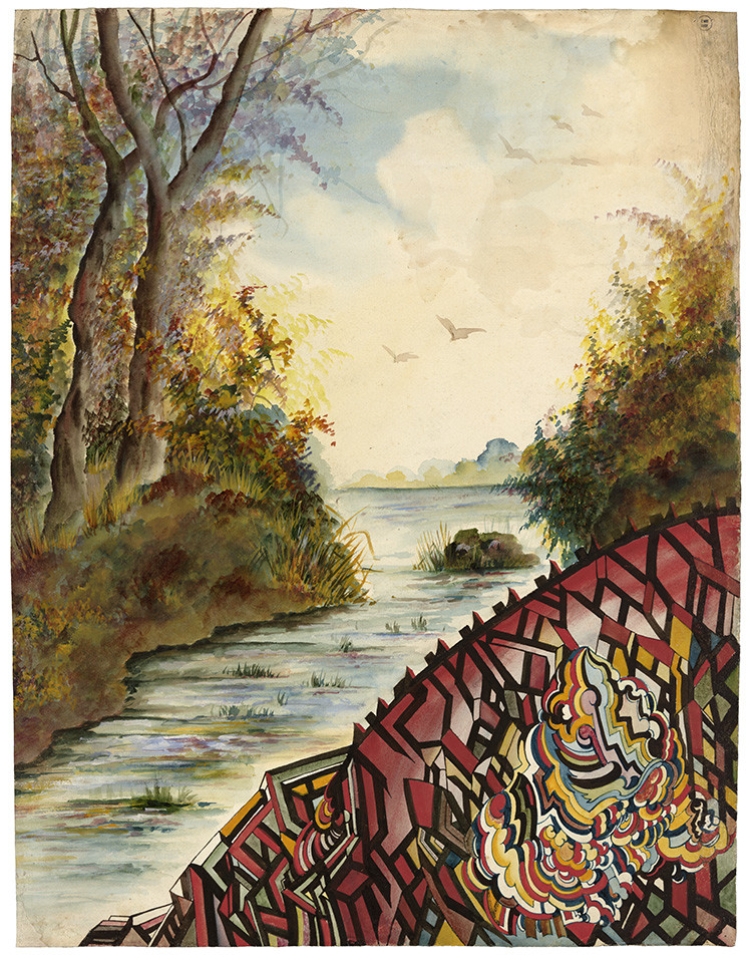 The works of the French Traveller entered the Art Brut collection in April 1966 with the donation of the collection of Dr Auguste Marie, chief medical officer of the psychiatric hospital at Villejuif, near Paris. A patient in the hospital, the artist was known only under the pseudonym The French Traveller, which became the name Jean Dubuffet gave him in the collection.
Via the comparative study of documents of the period, French historian Marc Décimo succeeded in identifying the artist from clues picked up in articles by «alienists» dating from the early 20th century. The patient would appear to have been an interior decorator committed for schizophrenia, whose works date from that period. In the course of his research Marc Décimo descried a signature hidden in a drawing: «P. Tirkof». He then found a reference to «P. Tirkof» in the 1908 edition of the Almanach
pratique illustré du Petit Parisien. In another drawing Décimo came across a second signature: «Laureys». On further investigation he came to the conclusion that the artist was one of the Laureys brothers, «an industrial designer suffering from delusions of grandeur», who had been the owner of a company specialising in offset printing and other activities related to industrial printing of images.