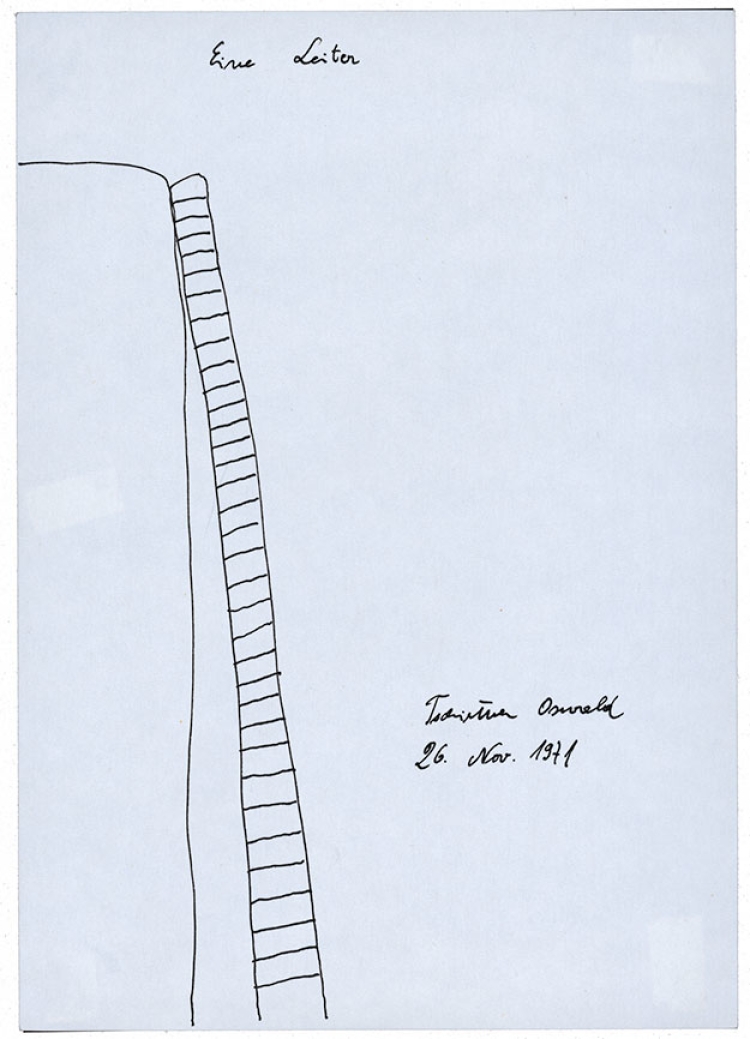 Oswald Tschirtner was born near Vienna, Austria. From an early age he displayed a desire to become a priest and, aged ten, he was placed in a seminary. Later, despite his wish to enter a theology faculty, he was recruited into the service of the Reich, then the German army, and had to participate in the Stalingrad campaign. Towards the end of the war he was interned in a prison camp in southern France. Returning to his country, in 1946, he was admitted to a psychiatric hospital, then transferred eight years later to the psychiatric hospital in Maria Gugging, where he became an inmate of the Haus der Künstler (House of Artists). There he began to draw.

His compositions are striking because of their minimalist style, the result of abbreviation, abstraction, synthesis and graphic economy. His favourite subjects are silhouettes with lines that he elongated interminably. A sole line flows across the paper and constitutes the drawing, which is reduced here to its simplest form of expression. The figures consist of two arms and a pair of legs, directly linked to a head. The creator systematically chose to overlook the torso and the extremities of the limbs; he also esteemed any other details to be superfluous.