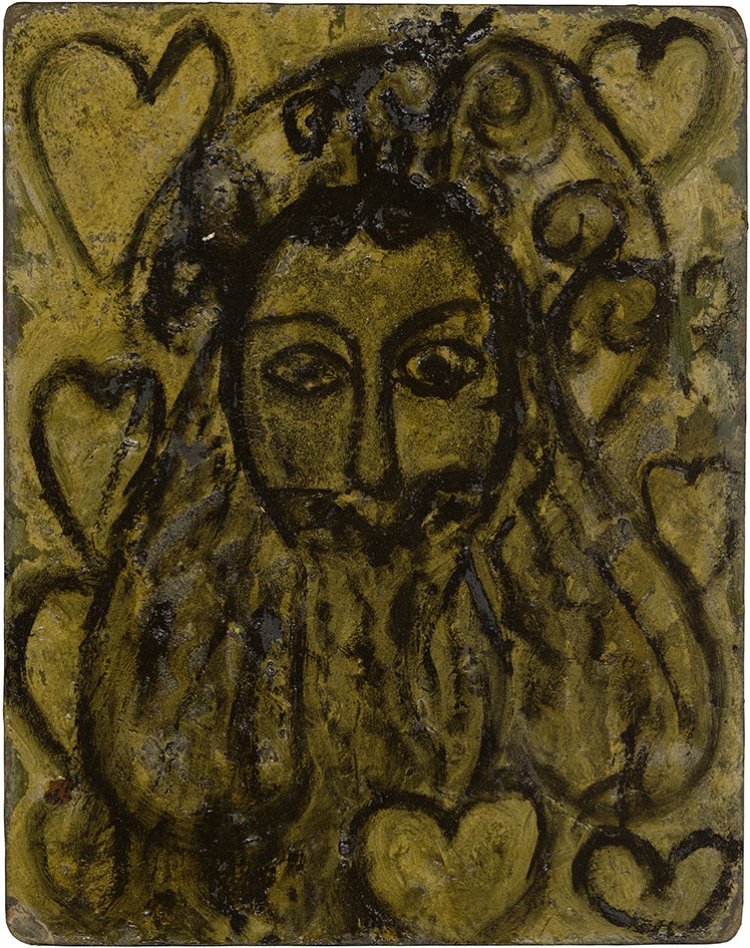 Maria Wnek (1922–2005) was born into a large family in Olszanka, Poland. After their home was burnt down, the family had to find alternative accommodation and this led to several moves and a disordered life. As a result Wnek received only four years of schooling, on top of which she was naturally diffident and found it hard to mix with other members of the village community. She was already working as a cook in a military barracks as a teenager. She then found an office job and later worked for a dairy company. However, an accident in the factory in 1960 forced her to retire young, and from then on she received a disability pension. She started to travel widely, taking all her possessions with her on every trip. She was mentally fragile and her family frequently sent her to the psychiatric hospital in Kobierzyn, where she was eventually diagnosed with schizophrenia. She began producing art in a community cultural centre at the age of forty. Her faith had always been a bulwark in her life — indeed, she had even made a vow of chastity when she was sixteen — and religion now became the source of her favourite themes. The vast majority of the figures she painted were drawn from the Bible and the history of Christianity, including the Virgin Mary, Christ, and many saints, which she portrayed in an artistically free manner. Many of these works have an explanatory text, often on the back, where she records her view of the world and her moral values. Through her paintings, Wnek takes on the role of God’s messenger, warning mankind of rampant moral corruption and a swathe of looming dangers, especially concerning the risk of war and the consequences of the nuclear tests that were common at the time.